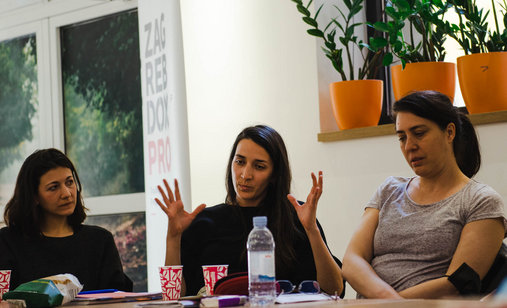 Doclisboa, one of the world's most important documentary film festivals, has included Anita Čeko's Far Away Kandahar film  in its industrial program called Nebulae. Nebulae is a program oriented to the industrial aspect of documentary filmmaking, it is a place of gathering, networking, targeted production and development activities and an opportunity for all film professionals for their own improvement, but also the development of their projects.

The partnership between Doclisboa and ZagrebDox provided the opportunity to participate in the Portuguese festival for three participants of this year's ZagrebDox Pro: Confessions program. In the end, Far Away Kandahar was selected. It is a film that deals with the sensitive and unfortunately worldwide actual topic of post-traumatic stress disorder.

Anita Čeko will have the opportunity to present her film during this week, and her film is one of only eight in the Doclisba's Nebulae program.