Two great, award-winning films will bring a touch of documentary to Zagreb's most beautiful open-air cinema, on Wednesday, July 27 and Sunday, July 30. 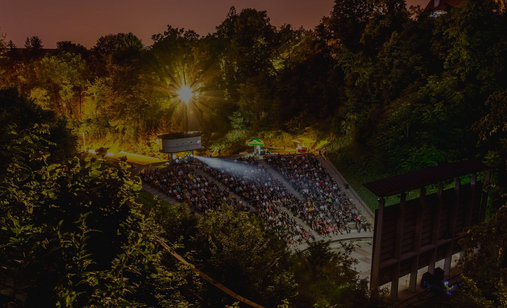 This year's edition of ZagrebDox opened with the memorable film Summer Nights. Now that summer has come and settled into our everyday life, it is only normal that some of its evenings on the Tuškanac Summer Stage will have ZagrebDox films.

The two-day program ZagrebDox Ljeto/Summer will open with the film Ascension. The documentary portrays capitalism in China across the levels of its operation, from the crudest mine to the most rarefied forms of leisure. Accordingly, the film is structured in three parts, ascending through the levels of the capitalist structure: workers running factory production, the middle-class training for and selling to aspirational consumers, and the elites reveling in a new level of hedonistic enjoyment. In traveling up the rungs of China’s social ladder we see the elusiveness of contemporary "Chinese Dream".
Ascension was this year's Oscar nominee.

Ascension on Wednesday will follow with The Bubble in Sunday. The film explores senior citizen life within The Villages, America’s largest retirement community, where residents are provided with every convenience to enjoy the twilight hours of their lives. Retired life beneath the year-round Floridian sunshine however, is not as idyllic, or as welcomed, as many ageing Villagers may imagine. Interweaving satisfied retiree existences with the anxieties of several residents from surrounding counties, the documentary illustrates many of the nation’s most combative dialogues regarding class imbalance, racial inequality, healthcare privatisation, political affiliation, state responsibility, and civic obligation.
The Bubble was the best film of the 18th edition of ZagrebDox, according to the FIPRESCI jury: "... manages to be simultaneously intimate and sociopolitical, humane and humorous, serious and ironic."