Loves Me, Loves Me Not 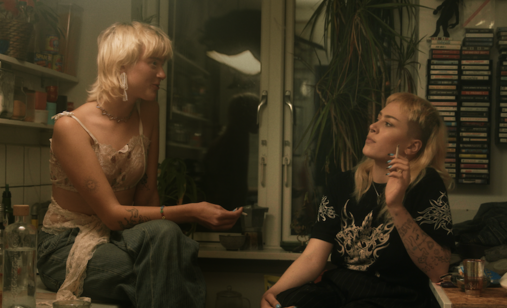 Loves Me, Loves Me Not gives a unique and intimate peak into the love lives of twenty young Danish people. Through vulnerable conversations about their personal experiences and reflections, they tell a modern, poetic and realistic shared story of what love in 2021 really feels like. In a bathtub two women talk sarcastically about finding your one true love. In a kitchen a young man relives his biggest heartbreak. In a bedroom a woman shares that she has never been honest with a partner about being unfaithful. The film dives into all the joys and difficulties in being partners, being alone, sex, dating, heartbreak and loosing oneself.

Andrine Moland, Caroline Mathilde Salic and Kathrine Skibsted, the three directors, met at a film course in Copenhagen in the fall of 2018, where they made a documentary short film together, on the topic of expectations for romantic love. They shared a vision for telling a more nuanced and modern love story than the one seen in Disney and Hollywood films, finding it important to focus on a queer and diverse cast. The project went on to win the pitch competition DRs Talent Award at CPH:DOX 2019 and further developed to become the feature documentary Loves Me, Loves Me Not, which had its world premiere at CPH:DOX 2021 and was nominated for Politiken:Danish:Dox Award.