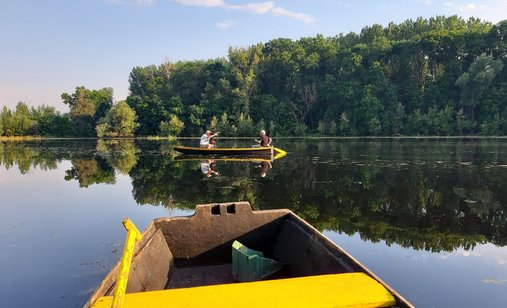 With a specific docu-drama style, making low-budget films, often about disenfranchised groups, Želimir Žilnik managed to remain engaged and brave for decades, in terms of approach and topics not only contemporary, but also ahead of his time. ŽŽŽ is a sort of road movie, a journey through space and time, in which director Janko Baljak follows Žilnik around the locations from his previous films. The focus is on Žilnik’s works that have dramatically shaped his career, like the Golden Bear winner Early Works, but the prevailing subject is the effort of his team to complete Sloboda ili strip, confiscated by censorship 50 years ago and only recently found by accident.

Janko Baljak is a Serbian film and television director. He graduated in Film and Television Directing at the Faculty of Dramatic Arts in Belgrade. His first short feature film Due to Reasonable Doubt was shown in 1986 in the official selection of the Festival of Yugoslav Documentary and Short Feature Film. During the studies, he directed Perfect Pitch, a part of the feature omnibus film What Are You Doing Tonight. Perfect Pitch represented the Faculty of Dramatic Arts at the World Festival of Film Schools in Munich in 1988 and in the selection for the 18th Oscars for the best student film of the non-English speaking world. His graduation work, TV drama The Long Life of the Kos Couple came across an excellent reception from audience and critics. Janko Baljak is the author of a dozen shows for the cultural and artistic program of TV Belgrade. He is one of the founders of the film and TV production department of the independent Belgrade radio station B92, for which he produced a series of documentary films that were successfully presented in Serbia and abroad and won multiple awards. He is a full-time professor at the Faculty of Dramatic Arts in Belgrade, teaching Documentary Film. From 2009 to 2014, he was artistic director of the Belgrade Festival of Documentary and Short Film, one of the oldest film festivals in Europe.