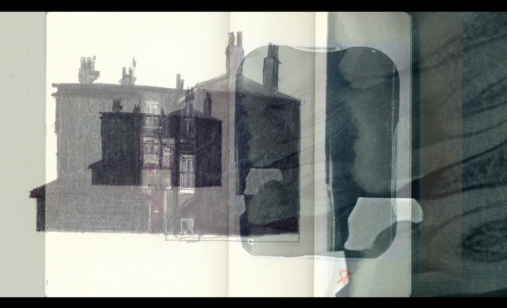 Told entirely in drawings made over nearly thirty years by British artist/filmmaker Penny Andrea, locks & keys, water, trees portrays the genesis of a rare brain tumour with its origins in her early childhood. Diagnosed and treated in the artist’s late twenties, the film reflects an ongoing process of recovery from traumatic brain injury. By making this film, she hoped to understand what had happened to her, maybe even why it had happened, trying to visualise a way forward for herself. Portraying drawing as both escape and embrace, a "shuttle between inner and outer worlds", and video as its counterpart medium in time, the film speaks to the communicative power of art to connect, explore and heal trauma.