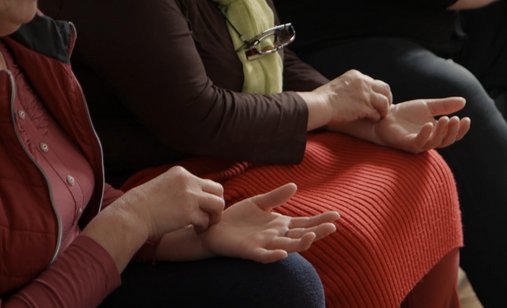 For three years the film follows three women raped in the War of Croatian Independence, connecting with their deepest truths during the strengthening programme. Marija feels she doesn't deserve to be free, for Katica any change is very scary. Ana describes herself as a little lonely duckling that doesn't belong anywhere. She is the only Serbian in the group and the issue of nationality is still a burden that our protagonists feel. The fact that they were all raped by Serbian soldiers doesn't diminish the group's distrust towards Ana…Today, the discovery of who they could be without the trauma they're identified with, is changing their life and relations.

Vedrana Pribačić is a Croatian journalist, director and screenwriter born in 1977. She holds a master’s degree in politics and is a member of Filmmakers Association of Croatia. Until 2013, she worked as a journalist, TV reporter and editor in chief for different Croatian and international broadcasters: OTV, NOVA TV, RTL, CNN World View. Afterwards she wrote several scripts for documentary and short films and in 2016 directed award-winning documentary The Factory is Ours!. She's interested in the state of society she lives in, and by making documentary films she wants to contribute towards positive changes that are happening to (and through) ordinary people. Bigger Than Trauma is her first feature documentary.