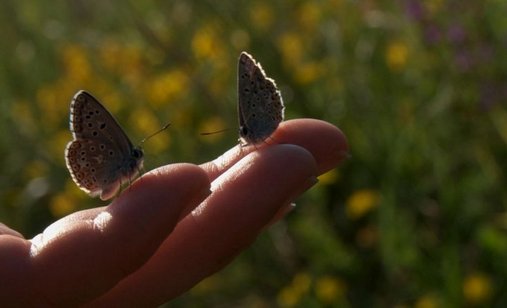 Renowned Polish author Paweł Łoziński will present his latest work, Balcony Film, part of the international competition programme, to the audience of ZagrebDox at the screening at 5 pm in Theatre 2. For two years, Łoziński used a camera to capture neighbours, passers-by and random visitors from his own balcony, and the achievement was awarded the Grand Prix in the Critics Week Award category at the Locarno International Festival.

At 6 pm Theatre 1 screens a film from this year’s new Road Dox section selected by Vladan Petković: The Marble Travelogue by Chinese author Sean Wang is structured as a road film, but instead of people, it follows the surreal journey of marble. At the same time in Theatre 3, there is the biographical documentary ŽŽŽ (Journal of Želimir Žilnik) by Janko Baljko – a tribute to this great director and his more than half a century long film career. We follow the filmmaker of a specific style of docudrama with a consistent interest in the problems of the working class as he strives to complete his decades-long early realisation of Freedom or Comics, censored some 50 years ago. However, in the form of a kind of road movie, ŽŽŽ takes us on a journey through time and space, with visits to locations where Žilnik’s previous works were filmed, including the Berlin Golden Bear-awarded Early Works. Žilnik himself and the author Baljak will take part in a Q&A after the screening.

Documentary filmmaker Katarina Zrinka Matijević is the president of this year’s ZagrebDox international jury and this year’s Author’s Night is dedicated to her. Through the screenings of three documentaries – The Duel, Of Cows and Men (co-director Nebojša Slijepčević) and A Two-Way Mirror – the audience will have an opportunity to get to know part of the author’s oeuvre. The mentioned section is scheduled for 7 pm in Theatre 2, followed by a Q&A with the director.

At 7 pm, three films from the State of Affairs section will be shown – the Dutch short documentary Why Didn’t You Stay for Me? (Theatre 4), a graduation film directed by Milou Gevers deals with the topic of losing loved ones; in the Georgian film Sunny (Theatre 4) by Keti Machavariani, through the character of a former teacher working as a sociological researcher on the streets of Tbilisi, we witness the thoughts and hopes of citizens related to political and civic issues. In Theatre 5, the film Hostile by Sonita Gale explores Britain’s policies on migrants.

The recent Croatian production on Thursday is presented by author Goran Dević with the premiere of the film The Building; returning to his native Sisak, he filmed the life of a building made 60 years ago for the workers of the once extremely important industrial plant of the former Yugoslavia – the Sisak Iron Mill.

An interesting and touching portrait of Soldat Ahmet in the Austrian film of the same name is given by Janiss Lenz: the title character is a Turkish boxing champion and professional soldier in Austria who, eager for change, starts acting, but encounters a problem – inability to express emotions. The film will be screened at 9 pm in Theatre 2, and the screening will be attended by the author himself who will have a Q&A session with the audience.

The festival day ends with screenings at 10 pm – in Theatre 1, Ascension by Jessica Kingdon is scheduled, which explores modern forms of capitalist hyperproduction in a series of fascinating film vignettes shot in Chinese factories, with all the paradoxes that come with consumer culture. In Theatre 3, at the same time, a film from the Road Dox section, So Foul a Sky, directed by Alvaro F. Pulpeiro, which takes viewers on a journey through several border provinces in Venezuela.

In addition to the screenings, Thursday includes a special event called TikTok: Documenting Quotidianity, which will take place at 5.30 pm in Theatre 4, attended by Klara Petrović and Florijan Lacko and hosted by Igor Bezinović. TikTok is a social network that, with a very simple interface and use, has globally popularised the mass creation and sharing, but also the consumption of video content. Through the conversation, we want to encourage thinking about concepts such as authenticity, which are related to creating content and building an audience since YouTube.