In addition to many film screenings, Saturday features the peak of this year’s festival – the award ceremony 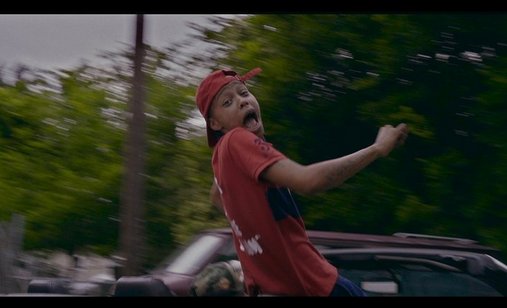 This year’s edition of ZagrebDox culminates with the award ceremony on Saturday, April 9, starting at 7 pm, when the winning films and awards will be announced at a ceremony in Theatre 3.

Saturday brings a handful of film screenings, and the earliest ones (starting at 3 pm) will show the award-winning film Reconciliation by Marija Zidar, which follows the fate of a family in the Albanian hills (Theatre 2), biographical film ŽŽŽ (Journal of Želimir Žilnik) directed by Janko Baljko (Theatre 4) and Soldat Ahmet by Jannis Lenz about a professional soldier who starts acting and encounters a problem: he cannot express emotions (Theatre 5).

At 4 pm in Theatre 1, there are three short films from the Teen Dox section: Love Me by Romana Garant Chartrand, Yaren and the Sun by Renate Raman and Joren Slaets, and Water, Wind, Dust, Bread by Mahdi Zamanpour Kiasari. In Theatre 3, a screening of We by Alice Diop, a film mosaic about the Parisian suburbs, will take place at the same time. At 5 pm, the audience will watch a touching Swiss-Serbian film directed by Nikola Ilić and Corina Schwingruber Ilić in Theatre 2: honoured with a special mention at Beldocs and the audience award at DOKLeipzig, the film Dida tells about the director's rift between two countries and caring for three women – his mother, grandmother and wife. In Theatre 5 at the same time The Mother Lode is scheduled, a film in which Italian director Matteo Tortone follows the search for happiness of one of the thousands of seasonal workers in the highest and most dangerous Andean gold mine in Peru. In Theatre 4, starting at 5.30 pm, there will be a panel with a focus on different authorial approaches to the genre of travel documentaries, with Danijel Riđički, Anđela and Davor Rostuhar and Boris Veličan.

A House Made of Splinters, a touching feature debut by Simon Lereng Wilmont on the fate of children housed in an eastern Ukrainian orphanage, won the Sundance Award for Directing, is scheduled for 6 pm in Theatre 1. At 7 pm Theatre 2 screens How to Kill a Cloud by director Tuija Halttunen, which follows a scientist faced with a moral dilemma, and in Theatre 4 at the same time the Point of View section features three film titles: the poetic short film by Apichatpong Weerasethakul, Emerald, an authentic testament to artistic freedom and creativity directed by the great Iranian director Jafar Panahi This Is Not a Film, and the intimate epistolary film Correspondence by two directors, Dominga Sotomayor and Carla Simón. The award-winning documentary from Visions du Réel Enfants Terribles, in which director Ahmet Necdet Çupur captures his own family creating a powerful account of the conflicting worldviews of two generations in rural Turkey, is scheduled in Theatre 5 at the same time.

At 8 pm in Theatre 1, a screening of a Bulgarian film made in the Croatian co-production Cars Which We Drove into Capitalism will begin, which will be presented by one of the directors, Boris Missirkov, and producent Dana Budisavljević. In Theatre 3, at the same time, an inspiring and optimistic performance of Mission Joy: Finding Happiness in Troubled Times is scheduled, in which Oscar winners Louie Psihoyos and Peggy Callahan provide insight into the friendship of charismatic spiritual leaders: the Dalai Lama and Desmond Tutu

Director Tea Lukač will present her Beldocs award-winning film Roots after the screening, which starts at 9 pm in Theatre 2. In Theatre 4, check out Anny, a film directed by Czech film veteran Helena Třeštíkova about a woman who, changing her image, changes his own destiny, and in Theatre 5 there will be a screening of the Croatian film Mlungu – The White King, directed by David Lušičić.

Saturday’s programme will conclude with screenings starting at 10 pm: in Theatre 1, The Ghost Song, a dynamic and authentic portrait of Houston through the prism of several of its residents, will be presented in a Q&A after the screening by director Nicolas Peduzzi; and in Theatre 3 the audience will have a chance to see Mads Hedegaard’s Cannon Arm and the Ultimate Arcade Challenge about a man trying to break his record in playing arcade games.