On Wednesday, at 5:30 pm in Theatre 4, Factum’s “first 25” will be presented by the founder and director of this production company, Nenad Puhovski 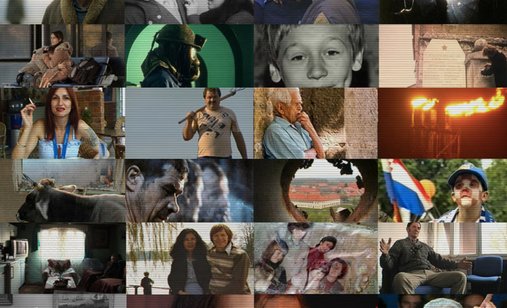 During a quarter of a century of existence, Factum has made over eighty multi-award-winning documentaries that have been screened at about eighty world festivals. Factum’s films won two Vladimir Nazor Awards for film art, two Grand Prix at the Croatian Film Days, four awards for best production and a number of awards for individual artistic contributions.

Their films provoked controversy, harsh criticism and public confrontation, focusing on stories that no one else at the time wanted to deal with. To mention only a few: Storm over Krajina, Lora – Testimonies, Pavilion 22, I Have Nothing Nice to Say to You, Three and Blockade.

Factum is also a Croatian pioneer in the field of autobiographical documentaries. It enabled Croatian documentaries to be included in the global trend of intimate and personal re-examination of the world in which we live, through films that speak about the authors themselves. These are movies like Graham and Me, The Boy Who Rushed, All About Eve, Category: Optimist, War Reporter and A Two-Way Mirror.

Factum also produces documentaries about marginalised people: despite the fact that interest in such topics has always existed in the Croatian documentary tradition, the fact is that Factum’s authors spoke about them at a time of homogenising society and pushing all kinds of minorities to the margins. These are, in addition to the previously mentioned films, Pešćenopolis, The Barge Keeper, Straight A’s, Vajt, In Fond Memory of TDZ, Together, Čedo and many others.

Is “Nenad Puhovski, Factum’s leader, also a Serbian KOS agent”, as the Hrvati Amac website wrote in 2008? Did former president Stipe Mesić indeed say to Croatian Television that if they don’t broadcast The Storm over Krajina, he would buy the slot and sponsor the film’s broadcasting? Is it true that Factum ‘made up’ the Rejected Salon at Croatian Film Days? Is it true that, not even after 25 years of existence and over 80 produced films, Factum wasn’t mentioned in the Film Encyclopaedia even once? Why did Croatian Television never co-produced anything with Factum?

All this, the films produced and unproduced, the filmmakers, the controversies, the honours, will be discusses with Nenad Puhovski, the founder and managing director of Factum.