Selected from the Programme: Magnificence of Nature

A special event within this year’s ZagrebDox is a programme section called Road Dox, which brings together four exceptional documentary titles whose common denominator is that they are so-called road movies. 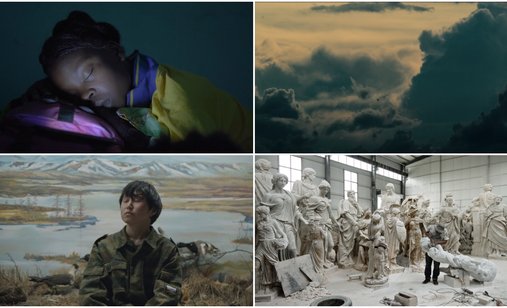 Programmer Vladan Petković says in his announcement that, unlike fiction where road movies usually show a personal transformation of characters while traveling, in road documentaries the characters are sometimes just ghosts lost in political turmoil, sometimes they do not even reach the road but are involved in an active search of their own identity and place under the sun, sometimes their path is a search for money and sometimes the road takes on various other spatial formats.

Holgut, who has so far won a special mention at CPH: DOX, an award for best film at Docville, a special mention at Beldocs and the award for best cinematographer at The World of Knowledge festival, introduces the atmosphere of the melting Siberian ice and the extinction of a number of animal species. Three Yakutians go into the wild on various missions: a villager Roman and a city boy Kyym hunt a rare deer, while scientist Semyon searches for a usable mammoth cell he needs to clone an extinct animal.

The Last Shelter takes us to the Malian city of Gao, which for decades has been a crossing point to Europe for thousands of migrants from across the African continent. The house of migrants in Gao is a haven for those continuing towards Algeria in the north or returning from a failed attempt to reach Europe. We follow teenage girls from Burkina Faso who have just arrived at the shelter, their friendship with Natacha, a migrant in her forties, the establishment of their community and their dreams for the future.

A Marble Travelogue is structured as a road movie, but instead of people, it follows the surreal journey of marble. Blocks of white marble are mined in a Greek quarry and shipped from a Chinese-owned Piraeus port to China. In the Chinese stonemason’s capital, Greek-style statues and pillars are made of it. Unused parts are used to make fridge magnets, which are then exported back to Greece where they are bought by Chinese tourists. Each station is described by one or more characters, and the film also examines the Chinese economy, which has gone from a ‘global factory’ to a ‘global buyer’ while entering a new era of uncertainty.

So Foul a Sky takes us on a journey through several border provinces in Venezuela. This global oil superpower is being rocked today by the worst political and humanitarian crisis in South America in the 21st century. So Foul a Sky is a cinematic reflection on a fragile and conflicted friendship between a citizen and a state that no longer provides meaning, future and identity.

Tickets can be purchased at kaptolcinema.hr.