Selected from the Programme: Magnificence of Nature 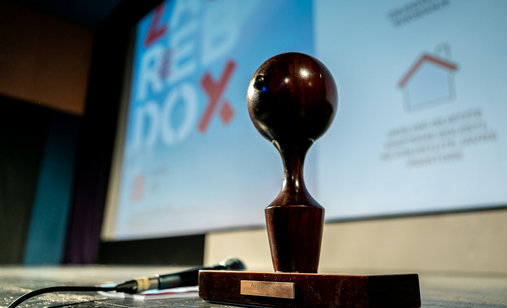 The president of the international jury, which will award the Big Stamp for the best film from international competition, is Katarina Zrinka Matijević, an academic film director who has been writing and directing documentaries and feature films for twenty-five years, and whose work will be the focus of this year the Author’s Night. Other members are Mikhail Gorobchuk, director, cinematographer and lecturer whom ZagrebDox audiences met through Shadows of Your Childhood in 2020, and the renowned Croatian director of fiction and documentary films and TV series and theatre plays Dalibor Matanić.

The regional jury, which will award the Big Stamp for the best film from regional competition, consists of Edhem Fočo, one of the initiators of Al Jazeera’s entry into the Balkans and CEO of the Al Jazeera Network in Sarajevo since 2010, followed by the Moldovan documentary film director and audiovisual arts researcher based in Belgium, Olga Lucovnicova, whose latest film My Uncle Tudor won the Big Stamp in regional competition at last year’s ZagrebDox, and Sari Volanen, commissioning editor at Finnish Yle broadcaster and producer.

The young jury will decide on the winner of the Small Stamp for the best film by an author under 35, consisting of the award-winning documentary filmmaker Rok Biček, director, actor and filmmaker Damir Markovina and Milan Trenc, author of animated and live action films, writer and illustrator.

The Movies That Matter Award is given to the film that best promotes human rights by a jury consisting of film and television director Janko Baljak, independent art journalist, film critic and curator Carmen Gray, and director and cinematographer Srđan Kovačević. Last year's laureate, director Irina Cilik, who received the award for the film Earth is Blue as Orange, was supposed to be part of the jury, but due to the current situation in the director's native Ukraine, which prevented her from coming to the festival, she remains an honorary member of the jury.

The members of the FIPRESCI jury, which awards the best film from regional competition, are Pierre-Simon Gutman, deputy editor of L’Avant Scene Ciném, lecturer, director and board member of Cannes Critics’ Week, Petra Meterc, independent film critic, journalist and translator from Ljubljana, and Marko Njegić, the most active Croatian film critic, and among other things a member of the International Federation of Film Critics FIPRESCI.

The winner of the My Generation Award, given by the founder and director of ZagrebDox Nenad Puhovski, is already known - this year's laureate is Italian director Marco Bellocchio, whose new film Marx can wait to be screened in the Dox Masters program.

Zaba - The Audience Award will be given to the film with the highest average audience rating, and includes the amount of HRK 10,000.00 that will go to the author of the winning film.