We present the programme on Wednesday!

A month and one day before the start of the festival is the right time to present you this year’s festival visual! 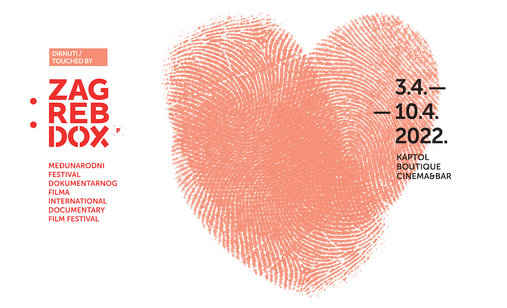 It has been designed by the Šesnić & Turković Studio, whose work has been known and acknowledged on the film and wider social scene for years. The studio collaborates with numerous production companies, film festivals, film programmes and initiatives, has been awarded many times in international and national competitions, and has exhibited at most relevant exhibitions in the region as well as in many professional publications.

Regarding the concept of visuals for the ‘of age’ edition of ZagrebDox, Goran Turković says: “Documentaries affect us in a different way than fiction films. We perceive them as truer and more realistic, and they can touch us permanently. That imprint of theirs stays with us, shapes our opinions, emotions and views on some topics. That is exactly what we conveyed with the design for this year’s ZagrebDox,” says Turković.

ZagrebDox director Nenad Puhovski underlines the connection between the visuals and the time when a touch, a hug, a kiss became dangerous and potentially deadly. “But what is life without them? True, documentaries touch us in a different way than any other art. They allow us to, even during lockdown, participate in other people’s lives and share our own. They allow us to be, even if only a little less – alone…”

This year’s visual comes in three variations: a cloud, an eye and a heart. Over time, we will present all three through social media, and it is up to you to decide which leaves the strongest impression and imprint.