Through diverse stories and experiences from around the world, many documentaries reveal specific children’s universes or draw attention to issues and challenges they face. 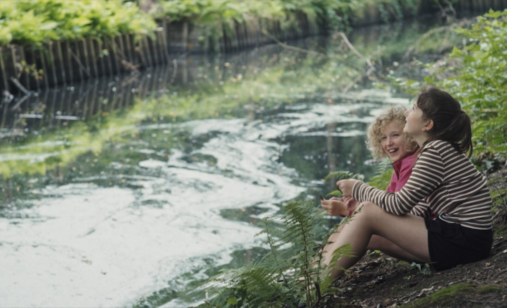 Among the eighty film titles that await the audience of this year’s, 18th edition of ZagrebDox, there are a number of films which focus on the youngest. Inspired by children’s curiosity and an honest, piercing view of the world in and around them, these creations portray children’s microcosm in a gentle and empathetic way, without shying away from painful and still often taboo topics such as death and grief or burning issues such as growing up in constant uncertainty and restricted freedoms. Authentic answers to the question of how a six-year-old sees the world are provided by the enchanting lyrical film Summer Nights (International Competition), in which director Ohad Milstein skilfully portrays his son’s mind, filled with many curious questions and imaginative, fresh thoughts. The intimate and tender documentary, which triumphed at Docaviv by winning the Best Israeli Film Award, is also a subtle tribute to fatherhood and the bonds between parent and child.

The shocking story of a five-year-old who returns to his native Yazidi community after almost three years of captivity in the Islamic State with his mother and brother is brought to light by the film Imad’s Childhood. Growing up among ISIS members, where he was exposed to scenes of violence and physical and emotional abuse on a daily basis, left an indelible mark on the boy, so Imad shows almost no other feelings besides hatred and anger. In this disturbing, fascinating film about a child obsessed with terror, director Zahavi Sanjavi gives a slightly different perspective on the psychological and emotional consequences of war.

A completely different insight into the consequences of war is provided by the film A House Made of Splinters (International Competition). After his feature debut The Distant Barking of Dogs (ZagrebDox 2018), Danish documentary filmmaker Simon Lereng Wilmont returns to war-torn and poverty-stricken eastern Ukraine, where he follows the fate of children temporarily placed in a shelter for neglected and abandoned children. Within the crumbling walls, while a group of social workers try to bring moments of joy into the daily lives of children, the little protagonists find solace in mutual friendships. This touching documentary premiered at the Sundance Film Festival, in the World Cinema section, where Wilmont was awarded for directing.

Two short documentaries deal with the loss of loved ones: Milou Gevers’s graduation film, Why didn't you stay for me? (State of Affairs section), boldly raises the taboo question: how do children learn to live with trauma? Four schoolchildren, united by the fact that one of their parents committed suicide, in an honest and intimate conversation with the director reveal how they are coping with this tragedy. Yaren and the Sun (Teen Dox) by director duo Renata Raman and Joren Slaets, whose title character is a ten-year-old girl who lost her mother, deals with the same topic. Yaren spent summer holidays in a special camp for children who share a similar destiny, where they learn to face their own sadness and memories of lost parents, but also how friendship and togetherness can contribute to healing deep wounds.

The poetic documentary Water, Wind, Dust, Bread (Teen Dox) by Iranian director Mahdi Zamanpour Kiasari shows the everyday life of a boy Abolfal who, although he doesn’t have both hands, lives a dynamic everyday life on a palm plantation in the middle of Iran’s desert near Afghanistan. His friend Setayesh is one of 40,000 children living in Iran without citizenship, leaving her with no access to public services or schooling. Screened at festivals in Jihlava and Amsterdam, this film, through the fate of two little protagonists, speaks in a touching way about the acute social problem of discrimination and poverty that govern the lives of individuals.

Twelve-year-old Di, the heroine of the film Children of the Mist (International Competition), is also fighting against ingrained customs of an imposed destiny. Located in a foggy mountainous region of ​​northern Vietnam, where girls’ childhoods are interrupted very early by the usual practice of child brides, this documentary is also an ethnographic portrait of the Hmong community, but also a study of social and family relations reflecting the issues of rights, belonging and freedom. At the International Documentary Film Festival Amsterdam (IDFA), where it premiered, the film earned director Diem Ha Le the award for best director and a special mention for best feature film debut.