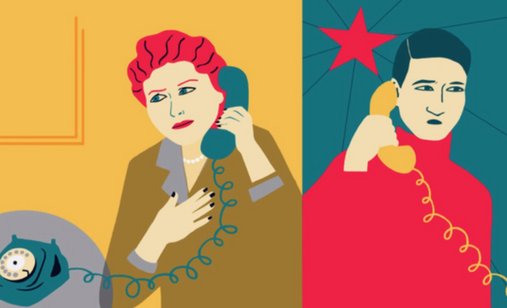 +
When you are born as Stalin’s daughter, what does it take to gain control of your own destiny? An intimate portrait of a free woman in a feverish time, “Svetlana” narrates her escape to the West.

Gabriel Tejedor was born in 1978 and is an independent filmmaker and journalist. He works for RTS (Temps Présent, Les Docs, etc.) and on independent productions (Idip Films, Akka Films, etc.). He regularly visits the countries of the former Soviet bloc, exploring the demise of the communist utopia and people’s relationships with their history and with authority. Gabriel Tejedor co-directed, filmed and edited La Trace (Earthling Productions, 77 min), which was screened at festivals (Nyon, Montréal, etc.) and in Swiss cinemas in 2014. The film is set in the Russian Far East. In 2017, he directed Rue Mayskaya, which was filmed in Belarus. The film had its world premiere at Visions du Réel in Nyon, where it received a special mention, before being screened at IDFA. His third feature-length documentary, Kombinat (Idip Films, 2020), is set in the highly polluted industrial city of Magnitogorsk in the heart of the Ural Mountains in Russia. It depicts the lives of metal workers, who dance salsa when they finish work in the evenings. The film explores human adaptation to a hostile, hopeless environment. It was screened as part of the international competition section at Festival Visions du Réel 2020.

Palmyre Badinier studied Arabic Literature and International Relations at Sorbonne. In 2007, she became associate producer of the Palestinian production company DAR FILMS. In 2008 she graduated with a Master’s in Law and Management for the Audiovisual Industry and founded the company LES FILMS DE ZAYNA. Since 2017, she is an associate producer for Urban Factory and head of development at AKKA FILMS. Since 2005, AKKA has dedicated itself to art-house documentaries, fiction films and television programs. Based in Geneva, we favour works of international and universal scope, although strongly anchored and incarnated in their regions of origin: powerful, contemporary and singular films carried by an affirmed vision of their authors.