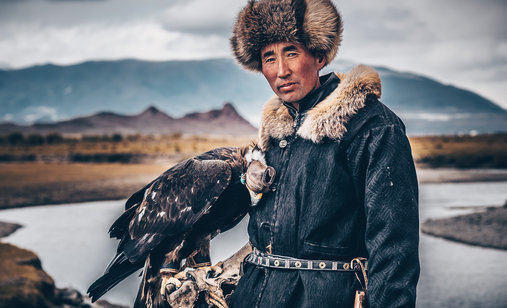 +
Spirit Animal is a feature documentary that explores the lives of three nomadic families in Mongolia, undermined by climate change and the expectation of a better life in the capital, Ulaanbaatar.

Award winning directors Inês von Bonhorst & Yuri Pirondi have been working together for over ten years. Their work varies from video art and installation to short films and mostly documentaries. In every project they are interested in the many aspects of our society, trying to trace the fantastic path into ordinary daily life, the fabulous into the presumed banality. Their work has been exhibited in numerous galleries, such as the V&A Museum and the Barbican Centre of London and their films have been shown at many international festivals.

Graduated in Photography with a postgraduate degree in Anthropology. Tânia’s work has been evolving from large music events to documenting the most remote areas in the world. Since 2006, she has lived in Lisbon, Bristol, Amsterdam, Phnom Penh, and currently spends most of her time in Central Asia, where she also works as a tour guide. After several years working as a music photographer and PR, she decided to sell all her material possessions in Portugal in 2016, to pursue her passion for remote locations and cultures.