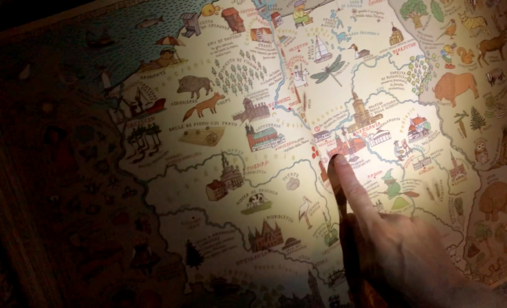 +
My path to recognize my Polish citizenship becomes a journey across Poland “according to me”, among childish memories, a lack of information and unrequested opinions of many members of my family.

I was born in 1985, the year of the “Great Snowfall” as they call it in Italy, in a little town around Milan. Second daughter of an Italian father and a Polish mother, in my family I was Laurusia. I fell in love with cinema after watching Der Himmel über Berlin and decided to attend a direction course at the oldest school of cinema in the world: the National School of Cinema in Rome. My graduation short Cloro has been selected in many festivals, such as Giffoni and Brest. Currently I live in Milan with my family and work as a filmmaker. In 2020, I was selected as expert trainer for the National Plan of Audiovisual Education, promoted by the Italian Ministries of Culture and Instruction.

Giada Mazzoleni is an Italian film producer and film educator based in Cheltenham, UK. Originally from Milan, in 2018 she moved permanently to the UK and in Birmingham founded Paguro Film, which produced the short film Moths to Flame (2018) and Fulci for Fake (2019) selected at Mostra Internazionale del Cinema di Venezia and at Sitges.As an educator, she has taught at the Civic School of Cinema in Milan. She launched the Birmingham Italian Film Festival in January 2021, with the help of Italian Honorary Vice Consul and the BFI. She took part in several programmes supported by Creative England, Biennale Cinema College and the European Genre Forum. A BFI X BAFTA CREW member in 2021. Giada collaborates with the Cheltenham International Film Festival. Since 2020, an EWA member and part of Women in Film & TV (UK).