Guardians Of Our Conscience 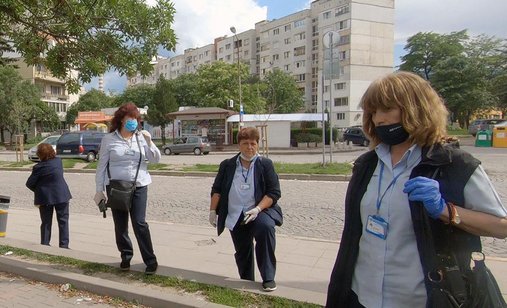 +
A contemporary socio-psychological portrait of people in a Bulgarian urban environment, doing jobs that are widely detested. Their duties attracts anger and hatred because they enforce the law.

Stanislav Donchev has graduated with a Master’s degree in Film and TV Directing from the New Bulgarian University in Sofia and was elected Student of the Year in 2000. His student film Wanted won several awards, including the national Golden Rose Award and the Bitter Cup Award. He is a member of the Union of the Bulgarian Filmmakers, Filmauthor, the Union of Film and TV Directors. He also was a member of the national selection committee for feature films in 2014. Between 2003 and 2014, Stanislav was a lecturer at the New Bulgarian University. Filmography: Little Marquise, 60 min (2021, documentary), Letters from Antarctica, 110 min (2019, fiction feature), Dream of happiness, 52 min. (2016, documentary), Rapid response corps 2: Nuclear Threat, 96 min. (2014, fiction feature), Rapid response corps, 91 min. (2012, fiction feature), Forbidden love, 300x25 min. (2006, TV series).

Teodora Stoilova-Doncheva has a PhD from the Bulgarian Academy of Science’s Institute of Art, Screen Arts department. She is the author of many published papers that have been presented in the media and at international events. She is currently working on her Associate Professor paper. She co-produced two comedy films Rapid Response Corps part 1 & 2, the romantic drama Bubblegum and the critically acclaimed Letters from Antarctica. Her screenplays for biographical films on the life of Bulgarian poet Dimcho Debelyanov and the female writer Fani Popova won the subsidy of the National Film Center in 2014 and 2017. Alongside prof. Petya Alexandrova, at the moment she is working on the documentaries Men:Women – one/one and Deafening Silence and waiting for the premiere of Guardians Of Our Conscience. She is currently teaching a course on dDocumentary cinema at the New Bulgarian University.

Guardians Of Our Conscience

Working title:
Guardians Of Our Conscience