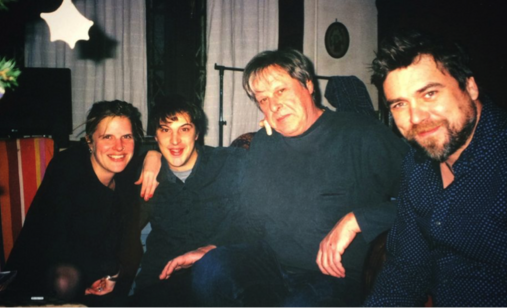 +
Since the death of her mother, Sári has felt obliged to fulfil her mother’s role in her family. Now that she wants to stop, will she be able to? A sensitive personal account of stumbled family dynamics.

Sári Haragonics has graduated from the University of Theatre and Film Arts in Budapest with an MA in Documentary Film Directing. She is also an honours graduate in Media Production from the University of Bedfordshire, UK. Her graduation film Coming Face to Face was screened at several festivals and won the ZOOM-IN competition at the Verzio International Documentary Festival in 2015. She has recently finished her first feature-length documentary, Her Mothers (co-directed with Asia Dér), which premiered at the Hot Docs International Documentary Film Festival in 2020. Sari is working on her next documentary-feature, Don’t Worry, Sári!, about the absence of mothers in her family and how that has affected their family dynamics. She has recently started her doctoral studies, researching how participatory video can affect our social relations – focusing on underprivileged children and youngsters.

Sára László graduated from the Faculty of Film Direction of the University of Theatre and Film Arts in Budapest, and completed a one-year production training at the Parisian ESRA, as well as an internship at Les Films du Poisson. She co-founded Campfilm in 2007 and has been working as a producer and occasionally as co-author ever since. She participated in several international training programs (Ex Oriente Film, Eurodoc, Nipkow Programme, EAVE, DokIncubator, Producers on the MOve 2021) with Campfilm’s projects. In 2018, she defended her DLA dissertation focusing on documentary producing studies.

Active in the film industry since 2002, Inez Mátis has worked in a wide range of film productions in different capacities. She was a PA in commercials for three years, a junior producer on short fiction projects for two years, and in the past 10 years, she has worked as freelance production manager, line producer and producer in commercials, documentaries, animations, shorts and TV-reports for German and US television. In 2010, she made her first feature film as a producer, which was selected for the 13th Shanghai IFF. Since 2014, she has worked mainly on documentary films, as production manager and line producer.