Being Related to John Malkovich 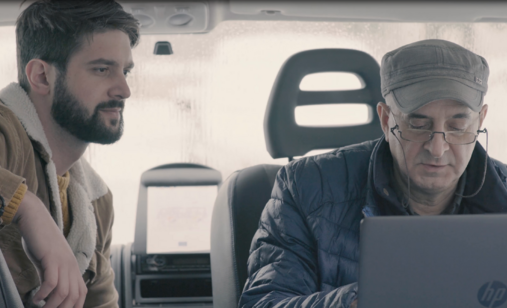 +
A young screenwriter and poet, obsessed with the art of filmmaking from an early age, begins an investigation into the family myth of kinship with John Malkovich.

Luka Mavretić has a Master’s degree in Film Writing and Drama from the Academy of Dramatic Art in Zagreb. He writes dramatic texts, film scripts and poetry. He works as a copywriter. He is a member of the Croatian Writers’ Association. He has published poetry in most relevant Croatian literary magazines. He is the winner of two poetry competitions. As a result of these two competitions, he has had two collections of poems published. In 2016, he won the support for literary works of the Ministry of Culture for his third collection of poetry. His play Something Like a Bus was shortlisted for the 2016 Marin Držić Award of the Ministry of Culture.

Paulina Križić is currently the Production Coordinator at 4Film production company from Croatia. Her filmography includes work on the promotional television campaign for feature fiction film You Carry Me, directed by Ivona Juka, which was the first Croatian film available on Netflix as well as a 2015 Oscar candidate. She was the producer on documentary film Tata od formata, a project of the Centre of Cultural Activity. Currently, she is working on documentary film Costal Promenade and documentary TV series Tito’s Legacy, directed by Silvio Mirošničenko. 4FILM operates as a multimedia production company. It engages in film and television production. 4Film was founded in 2003 by Anita Juka (Producer) and Ivona Juka (Director). It has produced many European co-productions of different genres, including feature fiction, creative feature documentaries, shorts, and recently, one mini TV series. Their movies have had successful theatrical, VOD, and television distribution in 190 countries worldwide and have been awarded and screened at numerous festivals around the world. The greatest success is the feature fiction film, You Carry Me, directed by Ivona Juka, which was the official Oscar entry for Best Foreign Film. The film was nominated by the European Film Academy for Best European Film among 55 European films. You Carry Me was recently sold to Netflix for the territory of the entire world. It is the first feature fiction film from the region to be exhibited on Netflix. In 2020, Anita Juka was elected to the Board of the European Film Academy.