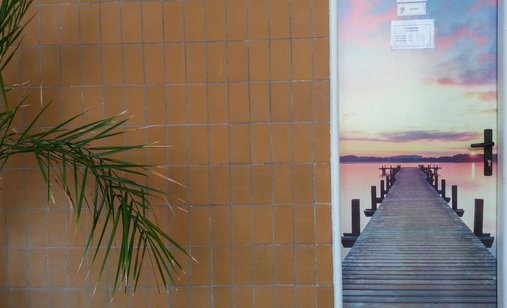 Debora Pastirčáková (1990, Bratislava, Slovakia) graduated from the Film and Television Faculty of the Academy of Performing Arts in Bratislava, department of film and television direction. She has worked on Vladislava Plancikova’s feature documentary Felvidek, the Land Behind and director Juraj Nvota’s fiction film Hostage. She completed a work internship at the company Staragara in Ljubljana, Slovenia, where she worked on documentary TV-series Red, selected to Balkan Documentary Centre Discoveries in Sofia, Bulgaria. She has co-directed documentary shorts reflecting the topics of migration with film director Martina Buchelová, as a part of the research project CHIEF. Currently, she is working on her feature documentary debut All Good Everywhere, co-directed with Martina Buchelová and produced by NINJA films.

Martina Buchelová (1988, Rimavská Sobota, Czechoslovakia) pursued her Master’s Degree in Film and Television Directing from the Academy of Performing Arts in Bratislava. In 2015, her short film Green Line (2014) was selected for the Future Frames section at the Karlovy Vary IFF. Her short film Magic Moments (2016) had a world premiere at the Toronto IFF 2017. In 2019, she was awarded the Young Talent prize by the Tatrabanka Foundation for her directing work in Film, TV and Audiovisual Arts. Currently, she is working on her feature documentary debut All Good Everywhere, co-directed with Debora Pastirčáková and produced by NINJA films.

Michaela Kaliská was born on 19th August, 1998 in Bratislava. She finished her bachelor degree and is currently in her final year of MA studies in Production and Distribution at the Film and TV Faculty of the Academy of Performing Arts in Bratislava. She worked on several student films, TV spots and video clips. She spent one semester at FAMU as an Erasmus student. She works for an established production company called MPhilms and co-founded a young production company called NINJA films. She is working on her debut feature with Martina Buchelová and Debora Pastirčáková.