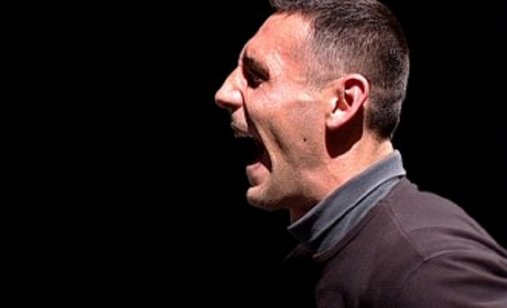 A group of prisoners from the Lepoglava penitentiary participated in a prison play based on William Shakespeare’s Midsummer Night’s Dream. The show originated from improvisations on prison life. Initially it was intended for in-prison performances only, but it exceeded its original purpose of a prison workshop and was staged at several Croatian theatres. The main roles are played by Tuljo, Maki and Zane. The three of them are completely different. They serve different sentences, for different actions, have different jobs in prison, and even in places where everything is unified they live different lives. Their differences are not only related to personality, but also to their social background, interests and wishes. Throughout the film, we follow the prison life, while theatre becomes a metaphor of escape and acceptance of the socially unacceptable.

Ivona Juka, born in Zagreb in 1975, is a film director and screenwriter. She studied acting, as well as film and TV directing at the Zagreb Academy of Dramatic Arts. Her short films Garbage (2003) andEditing (2006) have been awarded and competitively screened at numerous international festivals. Her film, View From a Well (2011), was named best short film at the American International Film Festival, where Ivona also received the award for best director. She is the author of Facing the Day (2006), a successful and award-winning documentary screened at 2014 ZagrebDox. The feature film You Carry Me (2015) premiered at the Karlovy Vary Film Festival and has, among others, won six awards at the Pula Film Festival and four at the Montenegro Film Festival. The film was nominated for a European Film Award and longlisted for an Academy Award in the Best Foreign Film category.