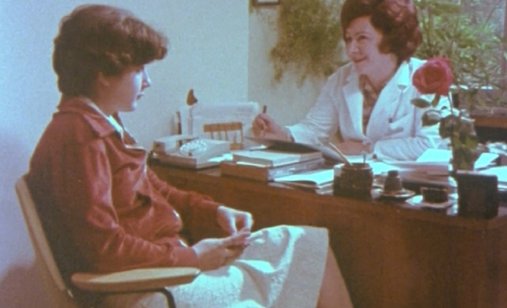 Using only the observational method, AB follows a young woman from the moment of decision to have an abortion, to discussions with her mother and doctor about this decision, to the very moment of the abortion she shares with other women who had also had an abortion.

Ljubica Janković was born in Pula. In 1978, she earned her degree in Film and TV Directing in the class of prof. Ante Babaja at the Academy of Dramatic Arts in Zagreb with the film AB, produced by Zagreb Film. She is a state-backed artist working as an external associate for the Croatian Television, for which she has directed over 200 documentaries for the Documentary, Educational and Children's Programme. Apart from Croatia, she has made films in America, Australia, India, Iran, Italy, Albania, Germany, Indonesia, Sri Lanka, etc. She has participated in national and international festivals, winning multiple awards. For the film Why? she was awarded at ZagrebDox 2010. She was a guest lecturer on the Documentary Film course of the Asian Academy of Film & Television in New Delhi.