Only the Sky is the Limit 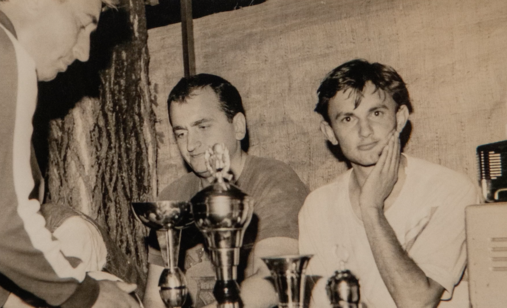 Dudovo bure is a futsal club founded on 23rd March, 1984, in Pakrac, making it the first officially registered futsal club in Yugoslavia. Over the next few years, Dudovo bure started lining up victories on the local, regional and even international level, soon becoming the pride and joy of all the residence of Pakrac and Yugoslavia. Scoring success after success Dudovo bure singlehandedly managed to unite people and offer the residents of Pakrac and Lipik a better life than they ever could have imagined. The cultural and social life of Pakrac was revolutionized overnight. Suddenly, actors, singers and other prominent figures started making appearances in town. Big town celebrations, theatre plays and concerts were organized, with performances by some of the biggest stars in Yugoslavia of the era; the residents were drowning in hedonism and entertainment. Pakrac seemed to become the centre of the country and there was harmony and joy among its residents. It did not matter which nationality, religion or colour you were, all that mattered was that the community cherished and valued the values they had.

Renata Lučić was born in Brčko in 1991. She earned her MA from the Faculty of Humanities and Social Sciences in Zagreb. She made her first films at film workshops and cinema clubs and, in 2016, enrolled in the Film and TV Directing programme at the Academy of Dramatic Art in Zagreb. She is the author of several short fiction and documentary films and music videos. Together with director Filip Filković she is part of production duo More-Magnets.