The Reality of Confinement With a Four-Year-Old 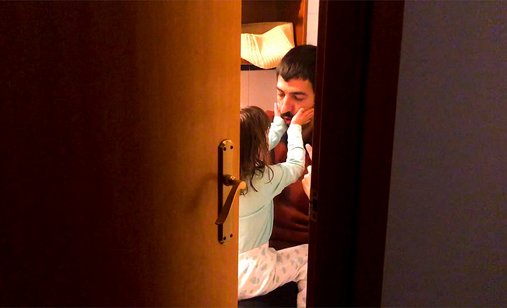 After fifteen days of coronavirus quarantine, a young couple reflects on the challenges of being confined with their four-year-old daughter. A genuine and hilarious account of the ups-and-downs of family confinement that doesn't leave anything out: the weariness, the daily routines, the workouts, the setbacks, the boredom, and the social media addiction.

Pol Mallafré got his BA in Philosophy in Universitat Autònoma de Barcelona (UAB) and studied film editing at Estudio de Cine school. He has written and directed videos, webseries, short films and theater scripts. From 2016 to 2019 he co-coordinated the video section at PlayGround, an online magazine. He is behind the YouTube, Twitter and Instagram channel Mockudramas. Recently he wrote, produced and hosted a confinement-themed show TV3 Confinada for the Catalan public television.

The Reality of Confinement With a Four-Year-Old