A total of 17 film titles ready to meet their audience this Saturday, including an IDFA winner, and at 7.30 pm the award-winning films of this year’s ZagrebDox will be announced. 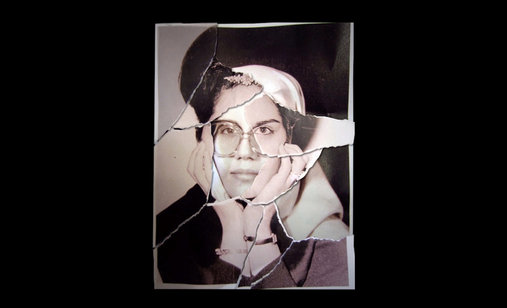 Saturday at ZagrebDox will begin at 11 am at the MM Centre in Zagreb’s Student Centre, where director Rajko Grlić, who chairs this year’s ZagrebDox international jury, will hold a case study of his documentary Stina. The audience will have a chance to watch this short documentary before the interview with the famous director, which will be hosted by the festival director, Nenad Puhovski.

The film part of the programme starts at 2 pm, when the film Love It Was Not by Maya Sarfaty about a tragic love story of a young Jewish woman and an Austrian SS officer will be screened at the SC Cinema. Two screenings follow at 3 pm: at the &TD Theatre, Downstream to Kinshasa by Dieudo Hamadi, and at the MM Centre, Hold Me Right by Danijela Štajnfeld. The short Spanish film in the form of a video diary The Reality of Confinement with a Four-Year-Old by Pol Mallafré and the poetic Argentine film Piedra Sola by Alejandro Telémaco Tarraf will be screened at 4 pm at the SC Cinema. At 5pm at the &TD Theatre, Bo McGuire’sfilm Socks on Fire, the flamboyant winner of Tribeca, will be replayed. At the same time, at 5 pm at the MM Centre, the audience will be able to watch Love Around the World by a local creative duo – Anđela and Davor Rostuhar. Rodney Ascher’s A Glitch in the Matrix, an exciting achievement that plunges into a complex network of science, philosophy and conspiracy theories, is scheduled for 6 pm at the SC Cinema, and a block of three short films begins at the MM Centre at 7 pm: Zofia Sawicka's Anew, Desert Dog by Samuel Morris and Teenage Lockdown Tales to be presented live to the audience by co-author Marie-Pierre Jaury (along with Charlotte Ballet-Baz).

At 7.30 pm at the &TD Theatre, the jury members will announce the winners of ZagrebDox, more precisely the winners of the festival awards: Big Stamp in International and Regional Competition, Small Stamp, Movies That Matter Award, Teen Dox Award and FIPRESCI Award. At 8 pm, the winner of the IDFA festival, Radiograph of a Family, an ingeniously filmed family portrait of Iranian director Firouzeh Khosrovani, will be shown at the SC Cinema.

The day ends with a series of evening screenings: at 9 pm at the MM Centre, the programme includes films Clean with Me (After Dark) by Gabrielle Stemmer and Judy Versus Capitalism by Mike Hoolbloom, and at the &TD Theatre A New Shift. At 9.30 pm at the Tuškanac Open Air Cinema, Mads Brügger’s The Mole: Undercover in North Korea will be screened, a secretly filmed documentary-thriller about the dangerous mission of penetrating the country with one of the most brutal dictatorships. At 10 pm, a film about the rise of the American radical right, White Noise by Daniel Lombroso, will be screened at the SC Cinema.