The new festival day brings the world premiere of "Love Around the World" by Anđela and Davor Rostuhar, scheduled for 8 pm at the SC Cinema. 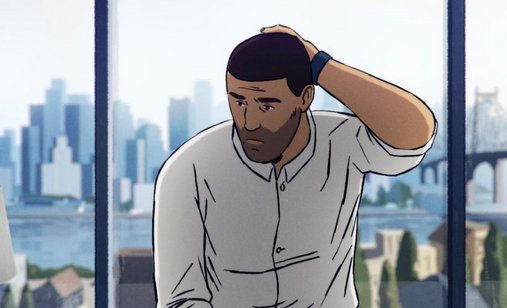 The programme begins at 3 pm with free screenings at the &TD Theatre and MM Centre. At 4 pm, the film Gunda, the last in a series of productions by the prominent Russian director Viktor Kossakovsky, will be screened at the SC Cinema. Through encounters with a sow mother, after whom the film is named, two cows and one one-legged hen, the director reminds us in a touching way of the primordial value of life. The film arrives at ZagrebDox after a rich festival tour and with numerous honours, including the Cinema Eye Award and a special mention at the Sofia International Film Festival.

Screenings of films from the regional competition will take place at 5 pm at the &TD Theatre: Farah Hasanbegović’s short First Birthday After The Apocalypse and Tudor Platon’s feature House of Dolls, whose director will personally present the film.

The film The First 54 Years – An abbreviated manual for military occupation by Israeli filmmaker Avi Mograbi, who deals mainly with the Israeli-Palestinian conflict in his work, will be screened at6 pm at the SC Cinema as part of the Masters of Dox segment, analysing how violence affects an individual. In the mentioned work, the author takes on the role of a commentator on the longest military occupation in the modern age – the Israeli occupation of Palestinian territory. Avi Mograbi is also this year’s winner of the My Generation Award, which is awarded by the director of ZagrebDox, Nenad Puhovski, for an exceptional contribution to documentary filmmaking. After the screening of the film, a Q&A with the author follows.

The author’s night dedicated to Croatian director Rajko Grlić, president of this year’s ZagrebDox international jury, will be presented at the &TD Theatre at 7 pm, and includes two Grlić’s titles selected by Diana Nenadić: the short film Drinking Water and Freedom III (1999) and the feature-length Every Good Story Is a Love Story (2017), which he co-directed with Matjaž Ivanišin.

The world premiere of the Croatian film Love Around the World by Anđela and Davor Rostuhar will take place at 8 pm at the SC Cinema. Traveling the world, this creative duo recorded 33 love stories from around the world that testify to love challenges and struggles, ups and downs, and during the development of the film, the authors participated in a pitching forum, a training workshop held every year as part of the ZagrebDox Pro event. The screening of the film will be followed by a Q&A with the audience.

At 9 pm in the &TD Theatre, the film Garage People by Natalia Yefimkina is screened, following the phenomenon of life in garages that has befallen many Russians. At the same time, at 9 pm in the MM Centre, the programme includes Andrei Gryazev’s The Foundation Pit, a film composed of news footage and videos from social networks in which poor and disenfranchised Russian citizens raise their voices against the corrupt Putin government.

At 9.30 pm at the Tuškanac Open Air Cinema, there will be a screening of another film from the Thriller Dox section – the film Flee by Jonas Poher Rasmussen. Filmed in an animated technique, Flee reveals the horrific experiences of refugees from Afghanistan on their way to new lives in the West. This film odyssey, filled with fear, threats and suffering, won the Jury Award at Sundance.

The festival programme ends with a screening at 10 pm at the SC Cinema, when the documentary The Mole Agent by Maite Alberdi, winner of a series of awards (Cinema Eye Honors Award, Audience Award at the San Sebastian Festival, the first Chilean candidate for an Oscar), who follows an 83-year-old on a secret assignment at a nursing home.