Among the 11 Croatian titles in this year’s Regional Competition, 10 will have their world premiere at ZagrebDox. 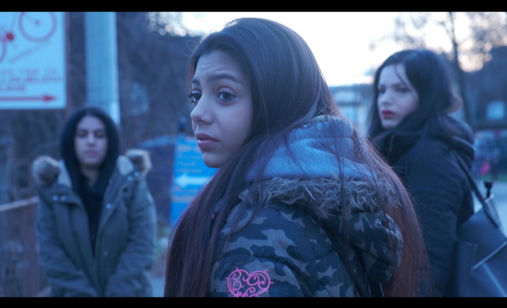 ZagrebDox has always paid special attention to recent Croatian documentary productions. This year, as many as eleven Croatian titles will compete for the Big and Small Stamps in Regional Competition. As many as thirteen Croatian films are to have their world premieres at ZagrebDox: eleven in regional competition and three productions from official or special programmes – They Are Here by Andrijana Mirna Marin (Teen Dox), You Make Me Happy by David Bakarić (Love) and a new documentary produced by Factum, Dubica by Marina Aničić Spremo (Factumentary).

The thematic range of Croatian films in competition spans from love preoccupations, partnerships and family turbulence to various social dynamics and topics of broader social significance. Portraying the relationship between his mother and grandmother, director Damir Markovina in the film Wait for Me provides a micro-analysis of two generations – the one that built the country in which he was born and the one that disintegrated it into a segmented region. This film about old age and family relationships is described by the author as a dark comedy about the thin line between love, duty and sacrifice. The territorial border, i.e. the banks of the river Kupa, which separates the Croatian and Slovenian states, is the scene of a new film by Tiha Gudac, the director of the notable debut film Naked (2014). Filmed in co-production with Belgium, The Wire arrives at ZagrebDox immediately after its premiere at the largest German documentary film festival DOK.fest Munich, and captures the dynamics of a border area that has become a very tangible barrier on refugees’ journey to a safer life. On the other hand, boundaries – both real and metaphorical – have been overcome in the stories gathered in the documentary Love Around the World by Anđela and Davor Rostuhar. Traveling the world, the creative couple documented 33 love stories from around the world that testify to love challenges and struggles, ups and downs, and during the development of the film last March the filmmakers participated in a pitching forum, a training workshop held annually as part of the ZagrebDox Pro programme. The film Now I Am Irena by Jasmina Beširević, whose protagonist tries to overcome her own repressed emotions and the consequences of emotional abuse through psychodrama, paints a completely different picture of partnership.

The layers of family relationships are the topic of several other titles: the hero of the film Journey Home by Petar Vukičević, who returns to his native Osijek for a few days, faces family problems, while in the film Hotel Mama directed by Jozo Schmuch, the mother of adult children reveals her life story, remembering the growing up of her children, their independence, but also a tragic loss. The challenges growing up poses to sisterly love are the subject of the documentary Between Summers about two girls from a Roma Family, and director Anja Koprivšek also asks an important question: is everybody entiteles to carefree growing up or is it a privilege of only a few? The changes brought to the family environment by “the first self-isolation which is not self-initiated” are summarised in the film Do You Feel Nervous when I Approach You, a sort of film diary by Sara Alavanić, while Last days of the year by Marko Bičanić documents the last days of last year, marked by an earthquake of catastrophic proportions, from the point of view of two boys.

The structures of various social communities are another theme unit. The social and cultural flourishing that prompted the establishment of the first registered indoor football club in Yugoslavia in the 1980s, Dudovo bure, is the focus of the film Only the Sky Is the Limit. The film, which speaks equally about the club’s sport successes and a strong sense of community and social synergy, is the feature debut of director Renata Lučić. In the film God on Wheels, director Bela Bračko-Milešević follows how even the rite of holy mass got its pandemic edition. One unusual community – that of prisoners serving sentences – is in the focus of the Hungarian-Croatian film Tales From The Prison Cell by Hungarian director Ábel Viski. In an effort to maintain contact with their children, prisoners write them fairy tales, which then become templates for films in which their children play the lead roles.

A new documentary produced by Factum, the film Dubica by Marina Aničić Spremo, which captures everyday life in Hrvatska Dubica, a village near the Una river, on the border with Bosnia and Herzegovina, will premiere at this year’s festival. Through conversations with the dwindling population, the director portrays a place that has never recovered from the war atrocities, but which, despite many problems and the fate it shares with many Croatian villages and small towns, offers hope for better coexistence. The Teen Dox programme will premiere the film They Are Here, a graduation film by Andrijana Mirna Marin, which speaks about the experiences and position of women in the music industry based on stories about four singer-songwriters and two bands: Sara Renar, Nina Romić, Billie Joan, Mary May, Punčke and Seven Mouldy Figs. A special section Love includes the premiere of the film You Make Me Happy by David Bakarić, which follows the relationship of two individuals who met in Skopje and meet again in Croatia.

The author’s night is dedicated to the Croatian director Rajko Grlić, president of this year’s ZagrebDox international jury, and includes two of Grlić’s titles selected by Diana Nenadić: the short film Drinking Water and Freedom (1999) and the feature film Every Good Story is a Love Story (2017), which he co-directed with Matjaž Ivanišin. Diana Nenadić is also the curator of the retrospective programme Female Directors in Croatian Documentary Production, which brings together documentary titles by Croatian directors created over the past five decades: AB by Ljubica Janković (1977), The Duel by Katarina Zrinka Matijević (1998), Distorted Reflections by Tatjana Božić (2001), The Boy Who Rushed by Biljana Čakić (2001), Ana’s Poems by Vlatka Vorkapić (2003), Straight A’s by Dana Budisavljević (2004), Ljiljana Šišmanović’s Half-Sister (2005), Facing the Day by Ivona Juka (2006), Naked by Tiha Gudac (2014) and the film A Cat is Always Female by Martina Meštrović and Tanja Vujasinović (2019).