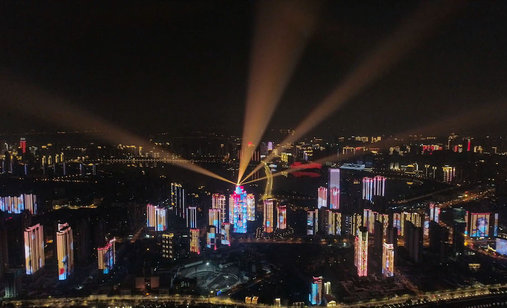 The programme begins at 3 pm with free screenings at the &TD Theatre and MM Centre. At 4 pm, two films from the State of Affairs segment will be screened at SC Cinema: Gabrielle Stemmer’s Clean with Me (After Dark) and Mike Hoolbloom’s Judy Versus Capitalism. The Teen Dox program includes three titles featured at 5 pm at the MM Centre – Zofia Sawicka’s film Anew, Morris Samuel’s Desert Dogs and Teenage Lockdown Tales by Charlotte Ballet-Baz and Marie-Pierre Jaury.

At 6 pm, four short films and one medium-length Croatian documentary will premiere at the SC Cinema. Director Bela Bračko-Milešević documents the pandemic edition of the Holy Mass rites in the film God on Wheels. The film Do You Feel Nervous When I Approach You, a kind of film diary by Sara Alavanić, summarises the changes brought to the family environment by ‘the first self-isolation that is not self-initiated’. In the focus of the film Hotel Mama, directed by Jozo Schmuch, is a mother of today’s grown-up children who reveals her life story, remembering the growing up of her children, their independence, but also a tragic loss. In Last Days of the Year, Marko Bičanić is documenting the last days of last year, marked by an earthquake of catastrophic proportions, from the perspective of two boys. Finally, the film Between Summers by Anja Koprivšek captures the challenges that growing up in a Roma family poses to sisterly love.

The last Croatian premiere will take place at 7 pm at the &TD Theatre – a short film by David Bakarić, the film You Make Me Happy, which is shown as part of the Love section. After the screenings, all the mentioned Croatian films will be presented by the directors themselves through Q&As with the audience.

At 8 pm in the SC Cinema, the film Hold Me Right by Serbian actress and director Danijela Štajnfeld is scheduled, in which she talks about the traumatic experiences of victims of sexual abuse, boldly starting from her own experience and asking the victims the question if healing is possible. The screening of the film will be followed by an interview within the ZagrebDOXXL event. The interview, hosted by Jelena Ostojić, will be attended by Marijana Senjak, feminist psychotherapist from the Women’s Room Centre for Sexual Rights, Snježana Pavić, journalist with Jutarnji list, activist Lepa Mlađenović from the feminist initiative Verujem ti and film author Danijela Štajnfeld.

The festival programme ends with a few more evening screenings, from which we single out a new film by one of the leading Russian documentarians, Vitaly Mansky, Gorbachev. Heaven (State of Things, 9 pm, &TD Theatre) and the film Coronation (10 pm, SC Cinema) by Chinese artist, documentary filmmaker and activist Ai Weiwei, in which the author asks whether it is more important to preserve an individual’s personal freedom during a pandemic or the health of the entire society.