In the Masters of Dox section, ZagrebDox will screen new films by Ai Weiwei, Viktor Kossakovsky, and Avi Mograbi. 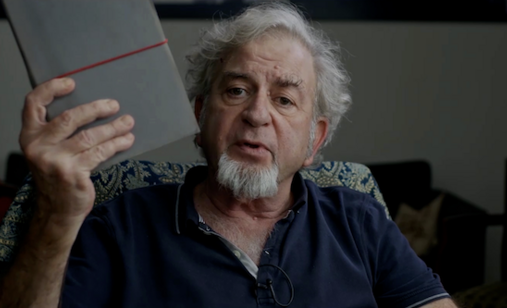 More than 80 films will be screened at this year’s ZagrebDox, whose 17th edition will be held from 13 to 20 June at the SC Cinema, the & TD Theatre and the MM Centre of the Student Centre in Zagreb, and at the Tuškanac Open Air Cinema. In the new slot, just before summer and adapted to the current measures, ZagrebDox will gather a number of documentaries, including new achievements of big names from the world of documentary film.

The Masters of Dox section brings three titles by prominent documentary veterans, the Chinese artist and activist Ai Weiwei, Russian director Viktor Kossakovsky and Israeli filmmaker Avi Mograbi. Using videos of Wuhan citizens filming the reality of life in a closed city in the early days of the corona crisis, Ai Weiwei in Coronation questions whether it is more important to preserve an individual’s personal freedom or the health of the entire society during a pandemic. In a fragmentary form, Weiwei turns these stunning and frightening shots of empty city streets at the very epicentre of the epidemic into a critical film about ordinary life in unusual circumstances. Gunda, the latest in a series of Viktor Kosakovsky’s works, takes viewers back to the rural setting known from his film Belovy (2013), which earned him the main award at IDFA, but this time the director’s focus is on domestic animals. Through encounters with a mother sow, after whom the film is named, two cows and one one-legged hen, the director touchingly reminds of the primordial value of life. The film arrives at ZagrebDox after a rich festival tour and with numerous honours, including the Cinema Eye Award and a special mention at the Sofia International Film Festival.

The film entitled The First 54 Years - An Abbreviated Manual for Military Occupation comments on the longest military occupation in modern times – the Israeli occupation of the Palestinian territory. In an ironic tone, in the form of a quasi-manual, Avi Mograbi condenses the contemporary history of his own state, completing it with archival footage and testimonies of former soldiers revealing the cruel reality in the field and the devastating state of human rights. Avi Mograbi is also this year’s winner of the My Generation Award, which is presented by the director of ZagrebDox, Nenad Puhovski, for his exceptional contribution to documentary filmmaking.