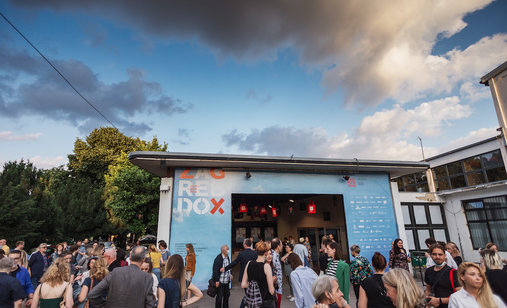 The first day of the festival begins with free screenings at 3 pm; the opening film, The Earth is Blue as an Orange by Iryna Tsilik, will be screened at the &TD Theatre at that time, followed by a Q&A with the author. In addition to a series of documentaries that will be shown until the last slot at 10 pm, there will be two premieres of Croatian films.

The Teen Dox programme will premiere the film They Are Here by Andrijana Mirna Marin, about the experiences and position of women in the music industry based on stories about four singer-songwriters and two bands: Sara Renar, Nina Romić, Billie Joan, Mary May, Punčke and Seven Mouldy Figs. The screening of the said film will take place at 6 pm in the SC Cinema, with the filmmaker talking to the audience. The world premiere is also expected by the film Dubica by Marina Aničić Spremo, which was produced by Factum, and the screening will start at 8 pm at the SC Cinema. The documentary captures everyday life in Hrvatska Dubica, a village near the Una, on the border with Bosnia and Herzegovina. Through conversations with fewer and fewer inhabitants, the director portrays a place that has never recovered from the suffering of war, but which – despite the many problems and the destiny it shares with many Croatian villages and small towns – offers hope for better coexistence.

The festival guest, director Dea Gjinovci, will present her film Wake Up On Mars at 7 pm at the &TD Theatre, and the authors of the film A Rifle And a Bag, directed by Cristina Hanes and Isabella Rinaldi, will discuss their work after the screening at 9pm at the &TD Theatre.