The ZagrebDox Special Edition audience gave the highest vote to the Croatian documentary 'Nun of Your Business' by Ivana Marinić Kragić, which premiered last night at the SC Cinema. 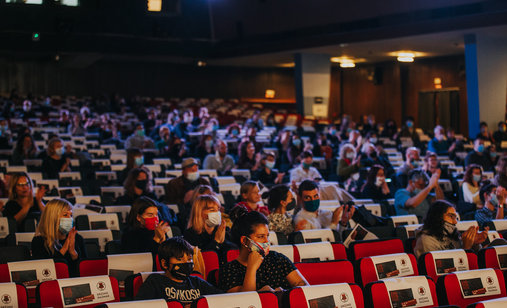 The HT Audience Award went to the film Nun of Your Business in which director Ivana Marinić Kragić follows two nuns falling in love and, disappointed by the Church’s reaction and the institutional abuse, they decide to leave the convent and start a life together on a Dalmatian island. Interestingly, by the audience’s vote, this year’s best film list includes three Croatian films: the thirds is One of Us by Đuro Gavran, and the fifth Push-Pull by Neven Hitrec. Check out the other titles from the audience’s best of list.

The average audience vote at the special edition of ZagrebDox:

The HT Audience Award will be presented to the director Ivana Marinić Kragić by the festival director Nenad Puhovski before the screening on Sunday, 11 October at 8pm.