This year’s ZagrebDox programme is again full of documentaries that place emphasis on important social topics to which we are exposed every day. 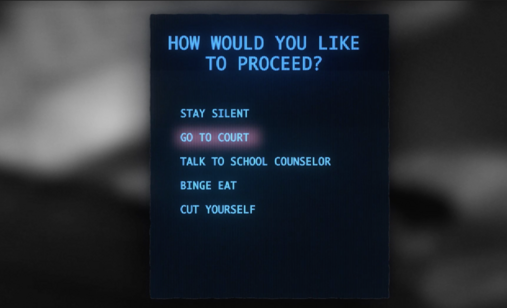 In the films that we single out on this occasion, various aspects of this acute issue are discussed. They focus on strong female characters who, facing traumatic experiences, seek to affirm socially marginalised themes, confront society with century-old taboos, and engage in a broader struggle for gender equality.

The film AB by Ljubica Janković follows a girl from the decision to have an abortion, to a conversation with her mother and doctor about the reasons for such a decision, to the moment after the act that connects her with similar experiences of other women. Women in Croatia today, more than ever, face the impossibility of making their own decisions and having the opportunity to have a safe and free abortion.

Unfortunately, the unavailability of abortion is not the only obstacle that women face, but their decisions are also questioned, so there is a very perfidious attempt to push through the story of mandatory counselling of women before it is performed.

The director of the film Hold Me Right, Danijela Štajnfeld, also encountered questions and judgement from a large part of the public, after the publication of her autobiographical story, which she decided to document. Through intimate testimonies, the film explores the consequences of sexual violence, unmasks a culture of indifference and misunderstanding that affects victims and protects perpetrators, and asks questions about what is healing and whether it is possible.

My Uncle Tudor also speaks about the harrowing experience of director Olga Lucovnicova. The starting point of this documentary is the author’s return to Moldova, to a family home full of memories that everyone around her idealises. However, the truth is the past in which great trauma lies.

Recalling a seemingly insignificant quarrel with her ex-husband from the time she was pregnant, a young woman speaks about her experience in the film Now I Am Irena, directed by Jasmina Beširević. Using elements of psychodrama, she enters the role of herself from the past and seeks to approach the repressed emotions caused by his abuse.

Distorted Reflections by Tatjana Božić completes this story about everyday violence against women. The theme of the film is to raise awareness of everything that is imposed on women through the media: frameworks in which women should act and accept them as their own, imposed stereotypes through various women’s magazines and the fashion as well as advertising industry. This is a film about women as portrayed by the media.