The State of Affairs section features seven films about the issues like women’s rights and gender equality, corrupt regimes, economy and labour market 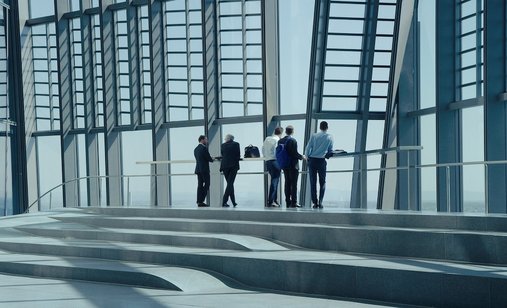 Year after year, one of the official programmes of ZagrebDox, State of Affairs, features new documentaries recording some of the dominant themes, phenomena and preoccupations of the modern world. State of Affairs section will feature seven diverse film titles and analyse current topics, with protagonists whose destinies reflect fragments of our time.

Mike Hoolbloom’s film Judy Versus Capitalism is dedicated to one of Canada’s leading feminists, activist and journalist Judy Rebick. Following her key role in the struggle for women’s rights during the period of the second wave of feminism in the 1960s and 1970s, this lyrical achievement also reveals Judy’s parallel struggle with the consequences of traumatic childhood experiences.

The contributions of women, and even those on the seemingly most ephemeral, everyday levels, still often remain undervalued, as indicated by the short documentary Clean With Me (After Dark). The film focuses on young mothers who balance between the obligations of a fulfilled daily life that does not leave them much time for themselves, and emotional turbulence, loneliness and neglect.

One of the leading Russian documentarians, Vitaly Mansky, in the film Gorbachev. Heaven paints a portrait of the former political magnate and last president of the USSR, Mikhail Gorbachev.

In her witty but meticulous and comprehensive documentary Oeconomia, German  director Carmen Losmann challenges some of the key players in modern capitalism to answer simple and mundane questions about money, growth, loans and banks.

Economic themes, more precisely the uncertain labour market, also reflect in the film A New Shift, the feature debut by the Czech director Jindřich Andrš. The film’s protagonist is a former miner who, after the closure of a coal mine where he spent 25 years of his working life, is facing a turning point in his life. He was offered a job as a computer programmer, and today he is preparing for one of the most desirable and most lucrative jobs in a retraining educational course.

Not even the remote microcosm of a small town in Iceland was spared the transformations brought by the dominant contemporary lifestyle, as evidenced by the film Lobster Soup by the Spanish directorial duo, Pepe Andreu and Rafael Molés.