Several films in this year’s ZagrebDox programme takes us back to the eternal topic: parent-child relationships and family dynamics 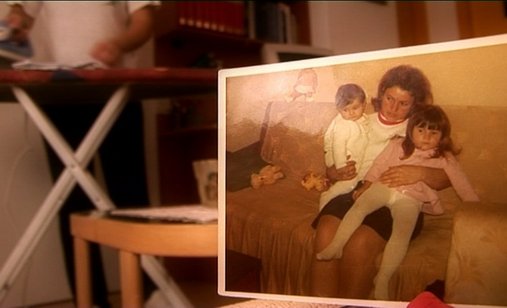 Interpersonal relationships have always been fertile ground for filmmakers to speak up about the complexity of family dynamics. Countless times we have heard Tolstoy say that all happy families are all alike; every unhappy family is unhappy – in its own way. The stories of the film protagonists below serve as a reminder that each family is a system unto itself. Although seemingly similar in secrets, traumas, and life challenges, they are different in their needs, relationships, and circumstances they go experience to survive.

The film The Duel by Katarina Zrinka Matijević, which is part of the retrospective program Croatian Women’s Documentary, talks about the complicated and sometimes exhausting struggle between a child, a mother and food. In the film that won the Grand Prix at the Croatian Film Days in 1999, the battle between the boy’s ingenuity and the ladle, between tears and motherly love, ends with the victory of the more persistent.

Following our theme, this year’s ZagrebDox screens the film Half-Sister by Ljiljana Šišmanović. The protagonist of this film has a mother, father, sister and father’s illegitimate daughter about whom she knows almost nothing, not even whether she is really her half-sister. But she wants to know the truth and see what it will bring her. To her, mom, dad, sister and half-sister.

A family tragedy has forced director Bo McGuire to return to his abandoned family nest. In his film Socks Of Fire, the director documents the growing conflicts between his two childhood idols – his now homophobic aunt and his proud gay uncle – in a battle threatening to tear apart generations of a once-strong tribe.

Through a therapeutic approach to fairy tale writing, which serve to preserve the relationship between three prisoners and their children, director Abel Visky in Tales From The Prison Cell, part of this year’s regional competition, turns prison stories into films in which the prisoners’ children star in the leading roles.

Andrei Dăscălescu in his film Holy Father tells us about his inner world with undigested childhood emotions and his relationship with his father. Tackling them is what he deems necessary in order to be ready for the role that awaits him soon.

A short film from the international competition Don't Hesitate to Come for a Visit, Mom (Priezjai k nam v gosti, mama), directed by Anna Artemyeva, focuses on the relationship between a mother and a three-year-old daughter whose video calls are the only way to communicate due to visa problems.

In the end, we ask ourselves, are we hostages to our own families or do we consciously and willingly maintain relationships that present themselves to us as unbreakable!?