ZagrebDox Pro: Case Study - Đuro Gavran: One of us

Following the premiere of the film "One of Us", on Friday, 9 October, Đuro Gavran is having a case study on the making of the film and socially responsible aims exceeding the scope of the documentary. 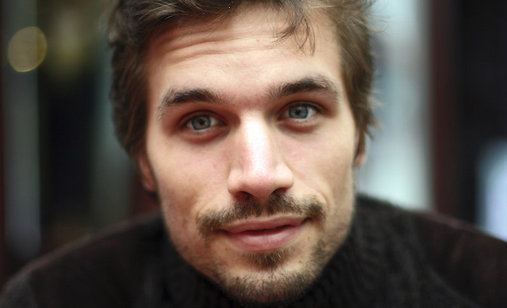 The Croatian documentary film director Đuro Gavran, known for his films The Verdict and 4.7, makes a ZagrebDox comeback with his new, devastating, film One of Us. At the 15th prom homecoming, Gavran and his classmates remember the high school adventures, but a black cloud looms over the celebration: a letter from a class colleague who decided to tell them about how she suffered many years of father’s abuse.

At the Croatian premiere of the film, Gavran is having a case study on the making of the film and socially responsible aims exceeding the scope of the documentary. Some of the questions he will try to answer are: How to raise funds for a film made as an instinctive response to a shock and in a single day? How to attract potential backers on co-production markets at ZagrebDox Pro, in Leipzig and Sarajevo he took part in, and how to come to terms with the film industry and the standard narrative forms in working on an extremely specific, intimate film? What about the author’s responsibility to such a delicate issue? How can an engaged documentary exceed the limits of cinematic expression and how the director with associations Korak po korak, Hrabri telefon and Centar za sigurniji internet launched a campaign for fight against sexual violence in the family?

“From the very beginning I knew I didn’t want to make a film about her case, but rather about our inability to grasp how much the sexual child abuse issue is present in our society and how hard we are facing it. This is a taboo in almost every society, something hard to talk about, hard to accept, it is still very much in the dark. To most people it is just news from the crime pages or a subject of a poignant fiction film.” – Đuro Gavran

Đuro Gavran graduated with an MA in Film and TV Directing (specialisation: documentary film) from the Academy of Dramatic Art in Zagreb, and in Design from the Faculty of Graphics, University of Zagreb. He works primarily as a documentary director and cinematographer. He approaches educational, promotional and experimental films with equal passion. An associate with Croatian Television’s documentary, children’s and research department. The founder of the Pipser production company.

INFORMATION FOR VISITORS OF THIS PROGRAM: In accordance with the recommendations for the prevention of COVID-19 infection, the number of visitors is limited to 30. We kindly ask to register by e-mail: pro@zagrebdox.net. Please state your full name and contact phone number.

We kindly ask you to follow and respect all safety measures that we have taken and adapted to the current epidemiological situation. You can find out more about security measures here.