We Have All These Mountains 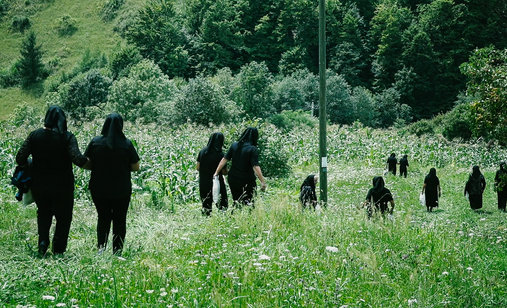 +
Following the daily life of a rural community in Romania, the film explores the subject of death and how it is perceived by the local people, in a place on the edge of Europe, where drama and humour are intertwined.

Vlad Petri is a film director and producer based in Bucharest, Romania. He has a BA in Cinematography (Bucharest, University of Cinema and Theatre) and a MA in Visual Anthropology (Berlin, Freie Univ). He worked as a cinematographer and photographer in different projects in Romania and abroad (Tajikistan, Uzbekistan, Jordan, Lebanon, Turkey, Albania, Iran, Afghanistan, to name just a few). Where Are You, Bucharest? (2014) was his first feature documentary. The film won the Best Debut at the Romanian Annual Cinema Awards (GOPO) in 2015, had its international premiere at Rotterdam International Film Festival. He is currently working on his new feature documentary in a remote village in Transylvania, besides working as a cinematographer and giving lectures in film and photography.