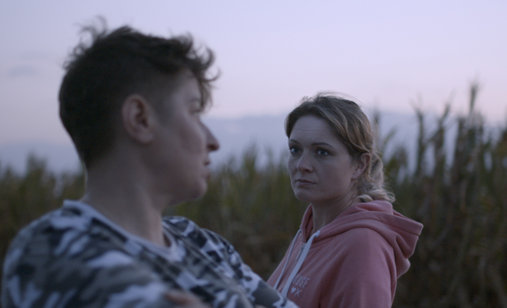 +
Upon his mother’s death, a teenager is left under the care of his sister Aga and her friend, Maja. They start building a new unconventional family in a very conservative environment of a small Polish village.

Marek Kozakiewicz was born in 1986. Cinematographer and debut director. He graduated from the National Film School in Łódź. He also finished his BA studies at Film Studies at the University of Lodz. Particularly devoted to work on documentaries. The films he made were shown at the largest film festivals around the world. He was the cinematographer for the movie The Ugliest Car, which had its world premiere at IDFA 2017 (main competition) and received the Grand Prix award for the best Polish film at the 57th Krakow FF. The last film he shot was a full-length documentary Diagnosis, which had its world premiere at IDFA 2018 and was nominated for Polish Oscars ORLY 2019 for the best Polish documentary of the year. From 2012, he also works in the theater as a video author for performances and operas. He collaborates with acclaimed Polish theatre directors. In 2015, he directed a video-art for Jan Englert's Kordian - theatre play performed for the 100th anniversary of the National Theater in Warsaw. It was one of the largest theater productions in the history of Polish theatre.

Agnieszka Skalska has been working in Koi Studio since 2014. She runs film development & films PR. As a producer she debuted with a documentary film directed by Matej Bobrik Our Little Poland (premiere at Warsaw Film Festival 2019). Earlier, she was part of promotional campaigns for documentary and feature films. At the moment she is working on documentary films such as Together by Marek Kozakiewicz (winner of Doc Accelerator Award at DOK Leipzig 2019) and The Current by Rafał Skalski. She graduated from Warsaw University and MAIA workshops.