I've Never Been There 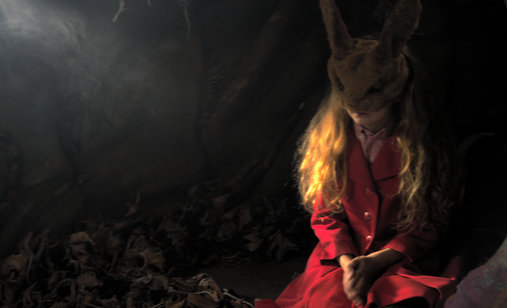 +
Zurich 1977, Dora is a clandestine daughter of regular workers. During the day she fantasizes about an imaginary world to survive loneliness and boredom. A visual and sound experimentation documents how emotions change and feelings fluctuate in Dora’s life.

This is the first feature film directed by Debora Vrizzi. She is a director of photography and a video artist. After graduated at the Academy of Fine Arts in Bologna, she worked as fashion designer for few years. At the same time, Vrizzi improved her personal artistic research focusing on cinema and visual art. In 2006 she graduated at Centro Sperimentale di Cinematografia in photography course in Rome. She worked as director of photography on several short movies, documentaries and movies displayed at Cannes Film festival, Toronto International Fim Festival, Venice Film Festival, Berlinale. She won the award as best director of photography at Capalbio Cinema International in 2008 and she won Premio Kodak at International Arcipelago Festival of Rome in 2010. She has been involved as a visual artist in many exhibitions in Italy and abroad.

Andrea Trincardi, architect, graduated from the IUAV of Venice and specialized in human ecology at the University of Padua. He worked as an architect for many years, also working as an educator on environmental issues using video and photography. He stems from his experience as architect the ability manage at best the budget. His interests are focused on the history of the arts and architecture and on all these themes he develops projects not only for documentary – he was a consultant for the animated series Art With Mati & Dada (RAI – Achtoons). He is a member of Altreforme with which he has collaborated since 2012 both in the development phase and in the production phase. In 2019 he developed an art education format in a POR-FESR project, Vieni a vedere l’arte. The pilot has been selected by Archeo-Film Festival 2020 in Florence.