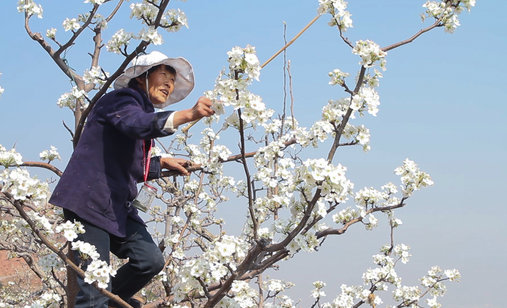 +
In a valley in China the pollinators have disappeared. The lives and families of three agricultural workers are affected by an ecosystem on the brink of collapse.

Marina-Evelina Cracana is an alumna of Scotland Screen Academy and Aristoteles Workshop. She produced and directed two documentary shorts, among which, The Fuel Filter (2017) won the Best International Documentary award at AKIFF 2018. She is currently producing three documentary features alongside Oscar Hedin, at Film and Tell.