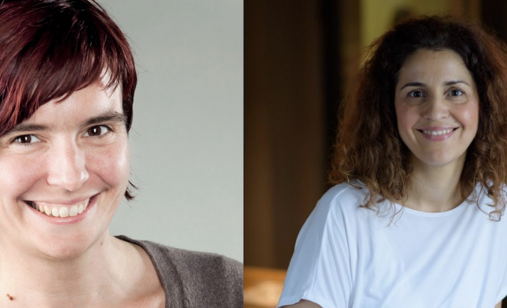 Director Dana Budisavljević and producer Miljenka Čogelja are having a masterclass on the combination of documentary and fiction forms, based on their own experience during their work together on their award-winning docudrama The Diary of Diana B.

“Thinking about this film, the first and essential task was to tell an unfamiliar story which spent over 70 years waiting to be told. At first I thought that it would be a documentary film, but three years of research led to conclude that there is no one remembering Diana from the Second World War. Her Diary is the only thing left. The rescued children were too little to remember. My task became to connect in a film what history tore apart – Diana and the children, the fictional and the documentary.” – Dana Budisavljević

“The production of The Diary of Diana B. was a long, but nevertheless an exciting and intense learning process in several stages and on several levels. Learning how to set up such a complex project in the production sense and how to support and stimulate the director and the entire creative team in all the project stages. Since our protagonist Diana Budisavljević is long gone and almost no one remembers her anymore, the first task was to conduct an extensive historical and archive research which helped us understand how to tell her story. After many years of research and working on the film concept, we developed the film as documentary fiction and realised we would be shooting a large number of fiction scenes from the WWII period – our new challenges were financing and the preparation and filming of the 1940s period. Finally, the film is a co-production between three countries (Croatia, Slovenia and Serbia), with the support of Eurimages.” – Miljenka Čogelja

Dana Budisavljević (Zagreb, 1975) graduated in Film Editing from the Academy of Dramatic Art in Zagreb. A co-founder and co-director of Hulahop, a production company producing and developing their own projects and organising Animafest, one of the most important international animation festivals. She produced the documentary serial Slumbering Concrete by Saša Ban (together with Miljenka Čogelja), as well as film I Like That Super Most the Best by Eva Kraljević and Then I See Tanja by Juraj Lerotić.
As a director, she debuted with the documentary film Straight A’s (Factum, 2004), after which she thrilled both the audience and the critics with her film Family Meals (hulahop, 2012), a documentary about coming out. Her first feature-length film The Diary of Diana B. won the Big Golden Arena, next to Golden Arenas for directing, original score and editing, becoming the first woman director since 1957 to win the main festival award. The film made great success in the region; on the big screen, in cinemas and at festivals it was seen by over 65 thousand viewers.

Miljenka Čogelja was born in 1978 in Podgorica and grew up in Šibenik. Before film, she worked as a journalist. Since 2009 she worked, first as a screenwriter and production assistant at Hulahop production company in Zagreb, and later as an executive producer and producer on Hulahop’s projects. In 2012, with director Đuro Gavran, she established the Pipser production and worked as a producer on some of Pipser’s projects.
She is the producer of the documentary fiction film by Dana Budisavljević The Diary of Diana B. (88 minutes, production Hulahop, December, This&That, supported by Eurimages and MEDIA). The film premiered at Pula Film Festival in 2019 and next to the Golden Arena for directing, editing and original score it won the Big Golden Arena for best film and the Pula Golden Gates audience award.
She produced two seasons of the documentary serial Slumbering Concrete by Saša Ban (52 in x 8, Hulahop for HRT production) and the award-winning documentary films In Case of War by Jan Gebert (production Pink, HBO Europe and Hulahop, premiere at Berlinale 2018), I Like That Super Most the Best by Eva Kraljević (production Hulahop, premiere ZagrebDox 2015), News from Laayoune by Đuro Gavran (production Pipser, premiere One World 2017) and Verdict by Đuro Gavran (production Pipser, premiere Rotterdam 2013).
A graduate of the European Audiovisual Entrepreneurs Programme 2012 (EAVE), she also attended the Ex Oriente, Eurodoc Transregional and Storydoc events.