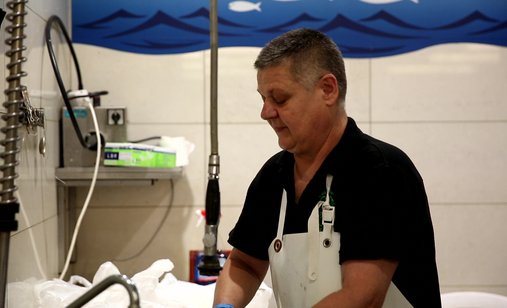 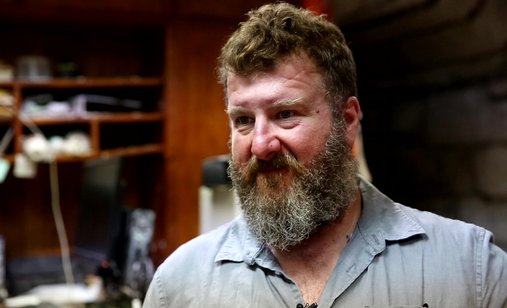 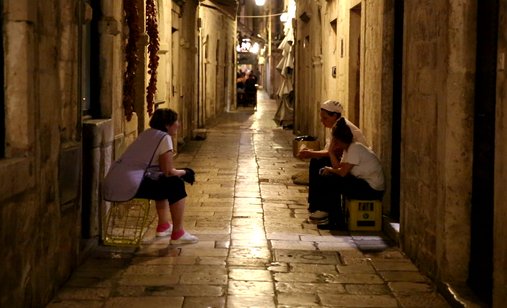 A shoal or a school of fish moves based on three principles: the fish swim next to one another, always try to close ranks, careful not to bump into one another. But if there is a disturbance in the shoal, the rules break down and the shoal disperses. By filming Dubrovnik during a day in August, from morning till night, the people that walk its streets, amidst the harmony and the contradictions of the city, become an aquarium of sorts recorded by the camera's eye. The movements of the people and the fish overlap, while their similarities and differences are discussed by ichthyologist Dr. Nikša Glavić, in charge of the fish at the City Aquarium, and Vedrana Divić, a women who cleans the fish at the Gruž market every morning.

Branko Ištvančić was born in Subotica in 1967. He graduated in film and TV directing from the Academy of Dramatic Art in Zagreb in 1999. He made his first 8mm documentary films at the age of 13 and has been pursuing documentary filmmaking ever since. The London First Film Foundation included his student film Saying Goodbye (1993) among the six most important films by young European directors. He is the winner of two Oktavian Awards for best documentary film, a Zlatna uljanica Award and the award for best director at Croatian Film Days, as well as several awards from festivals abroad. His documentary The Cormorant Scarecrow (1998, screened at 2016 ZagrebDoxu) was chosen as one of the best Croatian documentaries, while his debut fiction film The Ghost in the Swamp (2006) was one of the biggest-grossing Croatian fiction films. The short film, Recycling (2009), was part of the Zagreb Stories omnibus. His documentaries Stone Picker (2005) and Album (2011) have already screened at ZagrebDox.