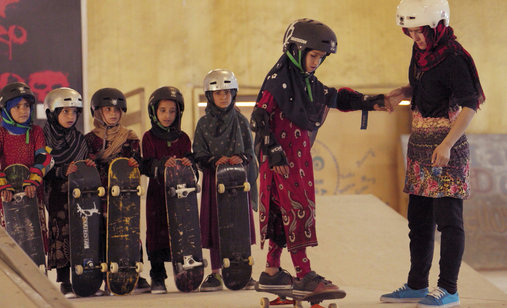 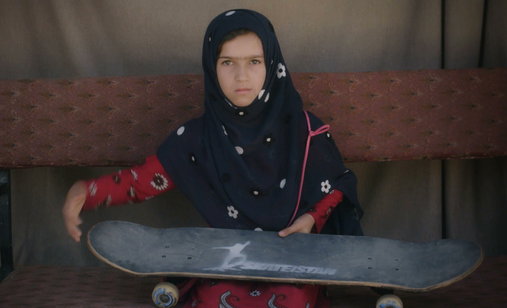 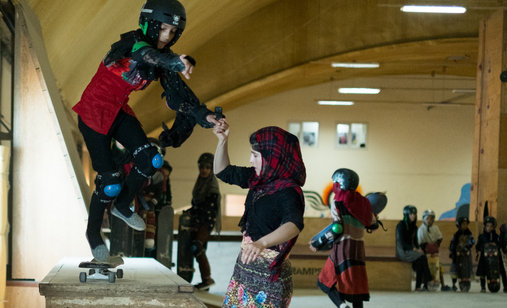 This film tells the story of young Afghan girls learning to read, write and skateboard – in Kabul. After years of conflict and with Afghanistan still dubbed "one of the worst places to be born a girl," an organisation called Skateistan recruits kids from poor neighbourhoods and teaches them skills so they can return to public school and get a start in life. For girls, the chance to skateboard presents a unique experience – to compete, to play, to learn their strength and to gain courage. We follow a class of girls at Skateistan growing through the joy of skating and the warmth of the women who teach them.

Carol Dysinger is a filmmaker, writer, artist, and educator. She is in the midst of a trilogy on Afghanistan and America post 9/11. In 2005, she travelled solo to Afghanistan to make her feature directorial debut, Camp Victory, Afghanistan (2010), which screened at MoMA, SXSW, Human Rights Watch and at The Hague. One Bullet Afghanistan (2010) is the second in the trilogy. An Associate Professor at New York University’s Tisch School of the Arts, Maurice Kanbar Department of Graduate Film and Television and the Interactive Telecommunications Program, she has developed innovative curriculum combining documentary and narrative as well as combining AR and VR with cinematic storytelling techniques. A long-time consultant for Sundance Doc Lab, she is a much sought-after story and editing advisor for documentaries and hybrid work around the world. Learning to Skateboard in a Warzone (If You're a Girl) (2018) is her latest film.