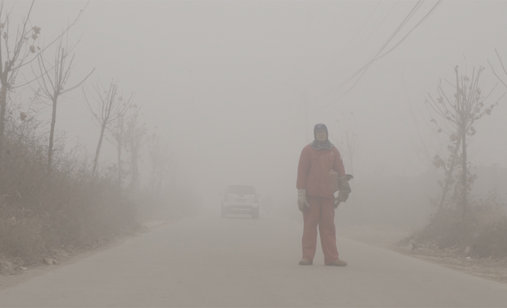 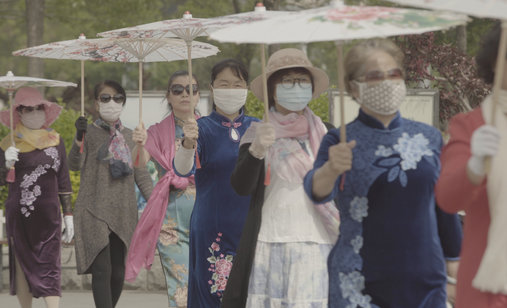 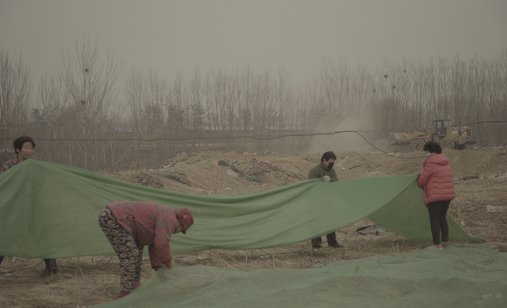 Langfang, about 40 kilometers from Beijing, is one of the most air-polluted cities in China. But at the local environmental protection bureau, deputy chief Li and his assistant Hu are working hard to change this. There’s intense pressure from the leadership in Beijing, and far-reaching measures are needed to combat the fog laced with smoke and exhaust fumes that regularly blankets the city. The steel mill has to close down, teams of inspectors visit environmental offenders, and spray trucks attempt to curb the smog. The Chinese government’s strict environmental policy, which includes imposing sanctions on the mayors who are responsible, puts the employees of the environmental protection bureau in a difficult position. How do you navigate between the divergent interests of government, industry and employees affected by the policy? This observational bureaucratic drama highlights a situation that parallels the global environmental crisis: the urgency to tackle the problem is obvious, but who will pick up the tab?

Meng Han is a Beijing based filmmaker and photographer. She had worked as photojournalist in China for 12 years. Her recent feature length film is Smog Town, selected in 2019 IDFA First Appearance Competition. Her recent works include mid-length documentary China’s Forgotten Daughters (2017), screened at Los Angeles Asian Pacific Film Festival and Hong Kong Asian Film Festival, and the photo essay Chinese Adoptees at Home in America, published in the New York Times, and South China Morning Post.