The festival began with a screening of Gods of Molenbeek by the Finnish director Reetta Huhtanen and a short documentary Person by Sunčica Ana Veldić. 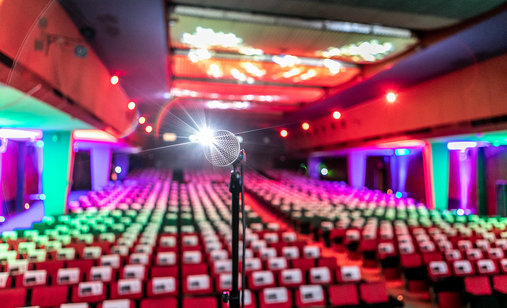 This year’s special edition of the International Documentary Film festival ZagrebDox opened on Sunday, 4 October at the SC Cinema of the Student Centre in Zagreb. The festival began with a screening of Gods of Molenbeek by the Finnish director Reetta Huhtanen, a charming film about boys growing up in the infamous neighbourhood in Brussels, reminding us the eternal values of community and solidarity. Before the film the audience had a chance to see the short documentary which won a special mention at the Corona Short Film Festival: in the film Person director Sunčica Ana Veldić films her leaving the earthquake-damaged apartment in the centre of Zagreb to the island of Murter, where she discovers an interesting scene. Before the screening, the ZagrebDox director Nenad Puhovski and Head of the City Office of Culture of the City of Zagreb, Milana Vuković Runjić addressed the audience.

“We are not promoting this festival edition as the 16th ZagrebDox, but as a special edition, for several reasons, one being the conditions the festival takes place in. However, although this festival edition is special – taking place at a different venue, in a different period and with a somewhat different programme – our wish to screen the films to a cinema audience remained unchanged. For cinema it is of utmost importance that the audience hang out, discuss the films and, of course, see them on the big screen. In this year’s ZagrebDox programmes there will be something for everyone, from serious, dramatic situations, to films about important events, human stories, music films, human rights films, environment… We believe we have designed a programme to enjoy, immerse into and forget about the reality burdening us or maybe, more importantly, find the strength to go on,” said the ZagrebDox director Nenad Puhovski.

Milana Vuković Runjić, Head of the City Office of Culture of the City of Zagreb and representative of the Mayor of Zagreb, officially opened the festival: “Croatian documentary film is recording outstanding success for decades and is acknowledged worldwide as a special quality. I am happy that the tradition of great film continues until today and I believe at this year’s ZagrebDox we will continue to watch amazing films. Documentary film cures us of stereotypes and makes it possible to see even the familiar stories from a much richer perspective. Indeed, every documentary film teaches us something new about the reality surrounding us.”

In the next week, ending on Sunday, 11 October at the SC Cinema and &TD Theatre around fifty documentaries will be screened, with films in international and regional competition running for the main festival award, the Big Stamp. The Small Stamp goes to a filmmaker in competition up to 35 years of age and the festival also presents special award: the Movies That Matter Award, FIPRESCI Award, and My Generation Award, given by the festival director. The audience will also have their say on the best film and, traditionally, the HT Audience Award will go to the film with the highest average rate.

In the off-programme The Best of the Rest the audience will have a chance to enjoy a series of films covering a broad range of topics, including several Croatian titles. ZagrebDox pro also includes several events, such as a masterclass by director Dana Budisavljević and producer Miljenka Čogelja and the British documentary film director Lucy Walker, whose talk is scheduled to take place online. More information on the ZagrebDox Pro events are available here.