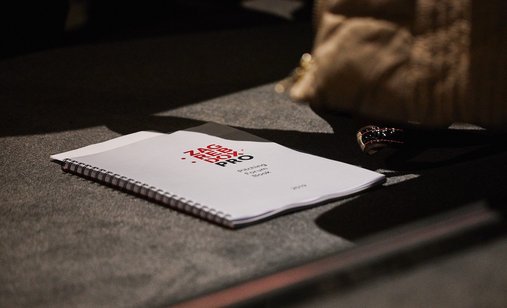 The 16th edition of the International Documentary Film Festival ZagrebDox has recently been postponed due to the current epidemiological situation in Croatia, Europe and the rest of the world, but the film professionals training programme ZagrebDox Pro shall nevertheless take place between 15 and 23 March, online. In addition to the online workshop, the Pitching Forum format changes as well, taking place for the first time via multiple online platforms, opening new creative possibilities for the participants to present their projects. Although the series of unfortunate circumstances made us resort to this new format, it will be interesting and, I believe, challenging to test many potential new opportunities resulting from this innovative approach in a further development of these tools and formats, said Marina Burić, the ZagrebDox Pro producer.

Like every year, ZagrebDox Pro in Zagreb gathers directors and producers of independent creative documentary projects at different stages of development and production of documentary films. Guided by mentors, experts from the documentary world, the authors take part in an intense several-day workshop and prepare for a Pitching Forum, a public session presenting their works to a panel of TV editors, representatives of different international film funds and festivals, distributers and producers, as well as other film professionals. During the workshop, the mentors go in detail through the directing and production aspects of all the projects. Synopses and trailers are developed, budgets are analysed and advice given on potential funding methods. Special attention during the workshop is dedicated to presentation and efficient project pitching to potential financiers and partners.

This way, in the newly arisen circumstances in which ZagrebDox cannot take place as a public gathering, all the programme participants will get a chance to develop their projects and, regardless of the situation, present them to the international panel.

This year twelve projects were selected for ZagrebDox Pro, whose authors come from eleven countries. Two Croatian projects, by Davor and Anđela Rostuhar and by Justina Matov, will be joined for the workshop and pitching by projects from Belarus, Italy, Georgia, Lebanon, Hungary, Germany, Poland, Romania, Slovenia and Sweden.

The mentors and workshop moderators are Leena Pasanen, the director of Biografilm Festival in Bolo-gna and former artistic director of DOK Leipzig, and Stefano Tealdi, an Italian director, producer and experienced film educator. The panel members judging the session will include Cecilia Lidin of the Dan-ish Film Fund and Lejla Dedić, an Al Jazeera Balkans producer. The best projects will win the HBO Europe Award, given by the Czech producer Hanka Kastelicová, including 2000 euro for further development of the project; the Al Jazeera Balkans Award with 1000 euro to the chosen project; one project will win the ZagrebDox Pro Online Mentor Award including a one-year mentorship with Cecilia Lidin, who presents this award; and one project will win the DAE Mentoring Pitch Award, free membership for the director and producer of the chosen project in the European Documentary Association, a new pan-European association of documentary film professionals.