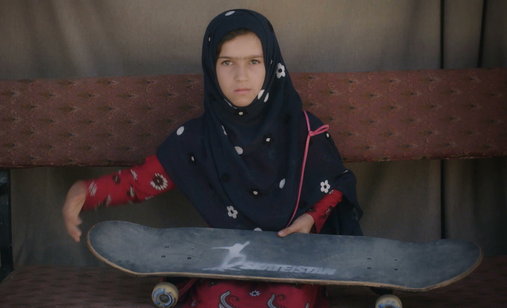 The third festival day features the premiere of Ask Freely by Robert Zuber held at SC Cinema at 4 p.m. The film problematizes the practice of vaccination and whether it is possible to find common ground between those that claim there is no alternative to vaccination and those who are against it.

The programme at SC Cinema continues with a 6 p.m. screening of two films from the Regional Competition: Airborne by Jasmila Žbanić, and Bulgarian Dream by Srđan Šarenac. Airborne is a distressing confessional of the director’s husband, Damir – whom she met at a bomb shelter during the siege of Sarajevo – about his fear of flying. Despite veering into comical episodes, the film traces the deep-seated psychological effects of war trauma. Economic migration from the heart of Germany to South Eastern Europe is the topic of Bulgarian Dream by director from Bosnia and Herzegovina Srđan Šarenac, whose film Two Schools screened at the 2017 ZagrebDox. The story centres on a German pensioner who moves to Bulgaria, unable to afford a decent life in native Germany. Besides the economic aspects of living, the film touches upon the topic of ageing and the social rejection of the elderly.

The 8 p.m. screening at SC Cinema features three titles from The Best of The Rest programme: Croatian films Faceless by David Lušičić and Balm on the Wounds by Anton Mezulić, followed by Oscar-winning title Learning to Skateboard in a Warzone (if You’re a Girl) by Carol Dysinger.

The programme at SC Cinema ends for the day with the screening of Penny Lane’s controversial documentary Hail Satan?, a provocative and funny account that delves into the story of this increasingly popular alternative religious movement. The film won the Best Documentary Feature award at the Calgary Underground Film Festival.

The programme at Teatar &TD kicks off with a 3 p.m. free-entry screening of DOK Leipzig laureate Exemplary Behaviour by Audrius Mickevičius and Nerijus Milerius, problematizing notions of crime, justice and forgiveness in a story about the inmates in Lithuanian prison Lukiškės.

On at 5 p.m. is Scheme Birds by Ellen Fiske and Ellinor Hallin, a sobering story about a girl living in the Scottish town of Motherwell where the only options available to young women from working class families are ending up in prison or pregnant. The programme continues with a 7 o’clock screening of two documentaries in the International Competition: Anticlockwise, by Iranian director Jalal Vafaei is a moving portrait of the author’s family confronted with the oppressive Iranian regime, while last year’s winner of Karlovy Vary, Immortal, by Russian director Ksenia Okhapkina intelligently reveals how the mechanisms of political power seep into our daily life even in seemingly innocuous situations.

The programme at Teatar &TD ends with the screening of Movements of a Nearby Mountain by Sebastian Brameshuber. The Cinéma du Réel laureate about a Nigerian immigrant making his living repairing cars amidst the grind of the mining industry is an examination of an individual’s place in the global economy. The film screened at numerous festivals winning various awards, including a special mention at Viennale and the award for best political film at Hamburg Filmfest.

At 6 p.m., Jess Gormley, the Executive Producer of Documentaries and Features at the Guardian, will speak about Guardian’s ambitious five-part series Divided Cities. The series launched on the 30th anniversary of the fall of the Berlin Wall, a historical moment that appeared to herald a more united future, and yet our world seems more fractured and our cities more divided than ever, from politics and climate to food. Jess will describe the editorial decisions behind commissioning the series and how their small production team managed to create a series with a global scope. Beyond the series, Jess will also talk about Guardian’s view on Brexit and the paper’s relationship to Europe in this new geo-political era. The programme will take place online, at www.zagrebdox.net. For more information, click here.