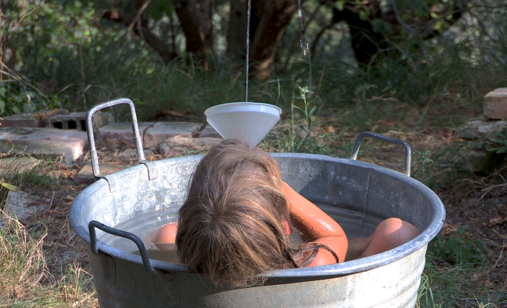 During the second day of this year’s ZagrebDox, the audience is in for a series of film screenings at the Student Centre SC Cinema, from 3 p.m. well into the evening, while the visitors will also have a chance to attend the first masterclass in the ZagrebDox Pro section.

The day starts at 3 p.m. at Teatar &TD, with the screening of Swedish Fraemling, in which director Mikel Cee Karlsson tries to unearth the fate of his deceased best friend, gradually revealing his unusual secret life. At 5 p.m. at the same venue, Siddhartha, by Italian directing duo Damiano Giacomelli and Lorenzo Raponi,traces the daily life of father and son who have traded the comforts of modern civilization for the life in a remote Italian village. This year’s ZagrebDox opening night film, Gods of Molenbeek, by Finnish director Reetta Huhtanen is on at 7 p.m. at Teatar &TD, preceded by the screening of The Person, a short film by Croatian director Sunčica Ana Veldić. The DOK Leipzig laureate, Exemplary Behaviour by Audrius Mickevičius and Nerijus Milerius, which problematizes notions of crime, justice and forgiveness in a story about inmates in Lithuanian prison Lukiškės, is on at 9 p.m.

Oscar-nominated The Cave, directed by Feras Fayyad, a story about the war in Syria told from the perspective of a doctor running an improvised hospital in a cave, is on the programme at 4 p.m. at SC Cinema, while IDFA winner In a Whisper, directed by duo Heidi Hassan and Patricia Pérez Fernández, about a friendship that surpasses geographical distances, is on at 6 p.m. At 8 o’clock, the same venue will screen three short documentaries: Croatian director Branko Ištvančić’s The Anonymous Shoal, Serbian director Maja Novaković’s Then Comes the Evening, and Macedonian film Locked Storms by Vanja Dimitrova and Natasha Dimitrevska. The controversies behind the powerful yet still unregulated AI industry is the topic of iHuman, by Norwegian director Tonje Hessen Schei, which ends the day, screening at 10 p.m. at SC Cinema.

In the ZagrebDox Pro section, director Dana Budisavljević and producer Miljenka Čogelja will hold a masterclass on storytelling that blends documentary and fiction, based on the experience of working on their award-winning docudrama, The Diary of Diana B. More information about the event is available here.