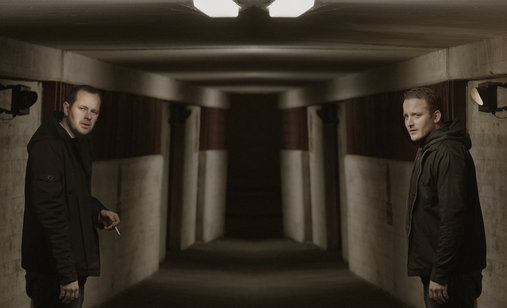 The fourth festival day of this year’s special edition of ZagrebDox brings eight screenings, including the premiere of Đuro Gavran’s One of Us.

The programme begins with a 3 p.m. screening of It Takes a Family at Teatar &TD. The family drama directed by Susanne Kovács tells a complex personal story about her family, the Holocaust and the horrors of the past, which, passed down from generation to generation, still reverberate in the present. The 5 p.m. screening at the same venue presents the winner of prestigious festivals such as CPH:DOX and the Tribeca Film Festival, Punks, by Maasja Ooms, which traces three problematic Dutch teenagers sent to a remote farm in France, where they devote themselves to painful, honest and exhausting conversations and music therapy. On at 7 p.m. is Swedish film Fraemling, in which director Mikel Cee Karlsson tries to unearth the fate of his deceased best friend, gradually revealing his unusual secret life. The 9 p.m. screening at the same venue offers the impressive Advocate, by directing duo Rachel Leah Jones and Phillipe Bellaïche, about the controversial Israeli lawyer Lea Tsemel known for her fearless and impassioned advocacy for the rights of Palestinian political prisoners. The film has won about ten awards at renowned festivals, as well as being shortlisted for an Academy Award nomination.

The programme at SC Cinema starts at 4 p.m. with the screening of John Skoog’s Ridge, the winner of the main festival prize at CPH:DOX and the award for best cinematography at the Göteborg Film Festival. The story about the residents of the author’s hometown in the south of Sweden is also an impressionistic portrait of summer idleness. In Collective, which is on at 6 p.m., Romanian-German director Alexander Nanau offers an uncompromising testament to the importance and impact of investigative journalism, tracing a case involving the disclosure of corruption in the Romanian healthcare system. The Croatian premiere of Đuro Gavran’s latest film problematizing domestic abuse is on the programme at 8 o’clock at the SC Cinema. One of Us centres on a high school reunion, on the eve of which the director and his former classmates receive a harrowing letter from one of the other students that casts a completely new light on the years they spent together growing up. The 10 p.m. screening at the same venue presents Cunningham, directed by Alla Kovgan, dedicated to the legendary American choreographer Merce Cunningham, while the amalgam of his innovative artistic works, woven together with fragments from his life and creative philosophy, creates an almost synesthetic experience on the big screen.