ZagrebDox’s film programme includes titles honoured at festivals around the world and as many as three of this year’s Oscar nominees: The Cave, For Sama and Learning To Skateboard In A Warzone (If You’re A Girl). 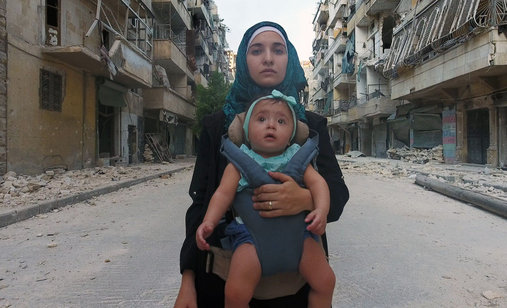 All of these documentaries examine life and survival options in war-torn Middle East zones, sharing strong female protagonists whose actions and work cross the boundaries imposed on them by socio-religious-political circumstances.

The Cave is the newest documentary by the Oscar-nominated filmmaker Feras Fayyad (Last Men in Aleppo, 2018), a remarkable story about the war in Syria from the point of view of doctor Amari Ballour, managing a makeshift hospital in a cave during the civil war in Syria. Following the women facing daily bombings, chronic lack of bare necessities and constant threat of chemical attacks, The Cave is a stunning portrayal of courage, resistance and female solidarity. It has won a series of honours, including the best documentary at Toronto Film Festival, Critics’ Choice Award and IDA Award for best documentary film, Audience Award at Camden and Jihlava film festivals.

For Sama, so far the winner of over 45 awards, is a stunning documentary directly speaking about survival in Syria from the point of view of a reporter and activist dreaming about liberal democracy. It is a devastating story about the director’s experience of raising her daughter Sama during the civil war in Syria. Recording her unspeakably brutal daily life, in a letter to her daughter author Waad al-Kateab (with co-director Edward Watts) speaks about her reasons to stay in Aleppo with her partner, who saves lives every day as a doctor, despite permanent threat to their lives and death scenes surrounding them. For Sama is the first documentary in history nominated for four BAFTAs. In addition to the Oscar nomination, among other things, it garnered awards at IDFA, European Film Award for best European documentary, Golden Eye Award in Cannes, IDA Award, audience and jury award in Sheffield.

Learning to skateboard in a Warzone (If You’re A Girl) speaks about young Afghan women who learn how to read, write and skateboard in war-torn Kabul. This films is also filmmaker Carol Dysinger’s homage to the place where she made films over the past 15 years. The film is nominated for an Oscar in the Best Short Documentary Film category, the same category for which it won at Tribeca and the IDA Award. It is also nominated for a BAFTA.