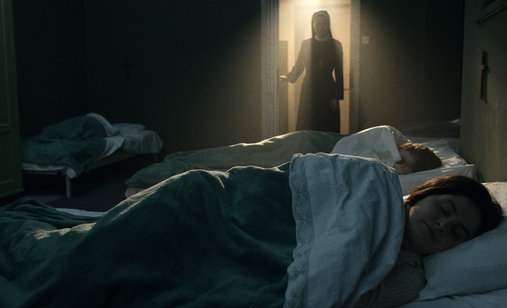 Saturday at ZagrebDox will be marked by the world premiere of the film Nun of Your Business by Croatian director Ivana Marinić Kragić. The documentary about two nuns who fall in love, decide to leave their convents and start a new life together on one of the Dalmatian islands, is on the programme at 8 p.m. at SC Cinema, followed by a Q&A with the director and the film’s protagonists. At the same time, the online live stream of this year’s ZagrebDoxAward Ceremony starts at 8 o’clock, available for watching via the platform Rplus and the festival’s Facebook page.

Earlier today, at 2 p.m. at SC Cinema the festival audience will have a chance to watch Woman, directed by long-time collaborators – director Anastasia Mikova and well-known ecologist, activist and filmmaker Yann Arthus-Bertrand. The film is a collection of the stories of 2000 women from as many as 50 countries, while the protagonists’ intimate portraits try to shed light on the daily injustices they face. The Hungarian film about memory, war trauma and the interconnection between the past and the present, Réka Szabó’s The Euphoria of Being, the winner of the Grand Prix at Locarno Film Festival, is on the programme at 4 p.m. at SC Cinema. On at 6 p.m. at the same venue is The Cave by Feras Fayyad a remarkable story about the war in Syria told from the point of view of doctor Amari Ballour managing a makeshift hospital in a Syrian cave. At 10 p.m., the programme features Oscar-winner Alex Gibney’s latest film, Citizen K, about former Russian oligarch turned political dissident, Mikhail Khodorkovsky.

The screenings at Teatar &TD kick off with a 3 p.m. reprise of Ridge, by John Skoog, depicting the impressions of summer idleness in the south of Sweden. At 5 p.m., the same venue will present the Croatian premiere of Speak So I Can See You directed by Marija Stojnić, a story about one of the oldest radio stations in Europe, Radio Belgrade. Family secrets, repressed memories and unspoken traumas are at the centre of the family drama It Takes a Family, in which director Susanne Kovács brings a complex, personal story about her family, the Holocaust and the horrors of the past that, passed down from generation to generation, keep reverberating in the present. The film is on the programme at 7 p.m. at Teatar &TD. American director Luke Lorentzen in Midnight Family, winner of about 20 recognitions worldwide, including the award for best cinematography at Sundance, accompanies a Mexican family on their turbulent night rides around the streets of Mexico City. The film is scheduled for 9 o’clock at Teatar &TD.